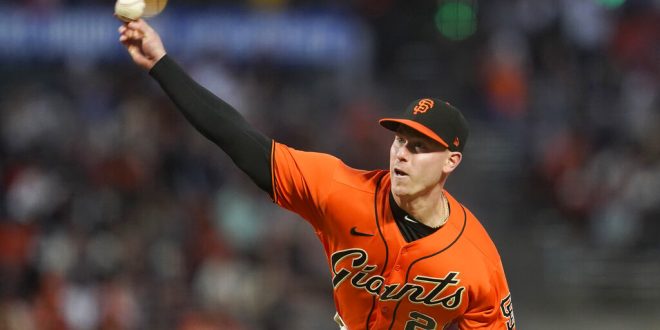 Former Gator baseball player Anthony DeSclafani has signed a new contract with the San Francisco Giants. On Monday, DeSclafani agreed to three years and $36 million after a single season of success with the team.

The #SFGiants have signed Anthony DeSclafani to a 3-year deal. pic.twitter.com/eFG1odJcbo

DeSclafani’s Opening Season With the Giants

DeSclafani posted the best season of his six-year professional career in 2021. The right-handed pitcher went 21-10 in his starts for the Giants. He also recorded a 3.17 ERA over 167.2 innings. DeSclafani pitched two complete games which both resulted in shutouts and posted a total of 152 strikeouts in the season.

“Obviously, he had a really nice year for us. Beyond his individual stats, we were 21-10 in games that he started, so the team had a lot of success when he took the ball, which is of the ultimate importance,” Zaidi told ESPN.

Additionally, DeSclafani’s impressive performance attracted the attention of many MLB teams. His contract with the Giants has closed the door for those who were hoping he would remain a free agent.

The Giants have re-signed Anthony DeSclafani to a three-year, $36 million deal

Possible Red Sox free agent candidate off the board pic.twitter.com/zg5QpAJGEO

Anthony DeSclafani, who had been linked to the Tigers earlier this off season, has resigned with the SF Giants for 3yr $36m.

In his first season with the Giants he posted a 13-7 record with a 3.17 ERA and 3.62 FIP. #DetroitTigers #DetroitRoots #FreeAgency #OffTheMarket pic.twitter.com/sXDvyYbhDx

DeSclafani’s signing is the beginning step for the Giants to build a stronger rotation. The team is also pursuing pitcher Alex Cobb, a free agent who played for the Angels in 2021.

Sounds as if the Giants are making a strong push for Alex Cobb. One source telling me he thinks it looks like a match.

In addition to Cobb, the Giants are working on a contract with left-hander Alex Wood, which would be a two-year deal for $10 million.

Left-hander Alex Wood and the San Francisco Giants are finalizing a two-year contract worth north of $10 million a season, sources familiar with the agreement tell ESPN. First on the scene with the talks was @ByRobertMurray.

San Francisco is expected to have a payroll of $100 million after signing DeSclafani. Their large budget allows them to pursue numerous talented players to rebuild the team.

DeSclafani With the Gators

DeSclafani pitched for the Gators from 2009-2011. Overall, he played 68 games in three seasons to make a name for himself in the NCAA. In his second career start, he struck out an impressive seven batters against Florida Atlantic.  Then, his first collegiate victory was earned at UCF, where he kept his opponents from scoring for five innings.

He started 11 games as a freshman and was 6-3 with a 4.98 ERA. In his sophomore season, DeSclafani had a total of 29 strikeouts. He also tossed numerous scoreless innings, but finished the year with a 2-3 mark with a 7.08 ERA. However, DeSclafani’s best season came his junior year. In 43.2 innings, he went 5-3 for a 4.33 ERA. He had 39 strikeouts and six walks. He also helped the Gators to a 6-0 shutout against Alabama and had multiple scoreless innings against Vanderbilt and Florida State.

DeSclafani was the 199th pick in the sixth round of the 2011 MLB Draft, foregoing his senior year at Florida. He was taken by the Toronto Blue Jays, but was traded to the Marlins in 2012. Then, DeSclafani spent five seasons with the Cincinnati Reds before joining the Giants in 2021.