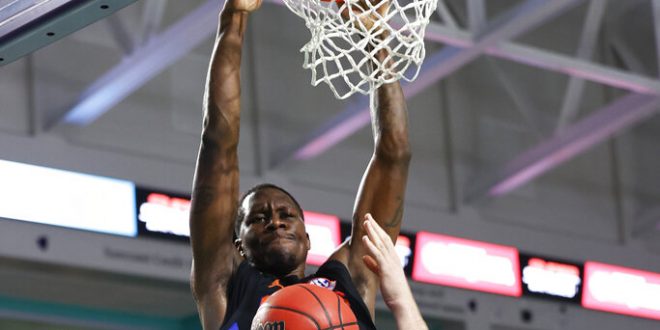 The game between Ohio State and Seton Hall was a closely fought game. The lead changed hands many times in the first half before Ohio State settled in and led by five and halftime. Seton Hall fought hard to keep the game close and tied the game with 14 seconds to go. Ohio State’s Meechie Johnson Jr. scored a three-pointer with two seconds remaining and Ohio State won 79-76.

Florida’s game against Cal was much less dramatic. After a neck-and-neck 12 minutes, the Gators took a 19-17 lead and never looked back. Florida led 46-27 at halftime and the game never got much closer in the second half as Florida won 80-60 to become 4-0 for the first time since the 2017-18 season.

Expectations were not particularly high for the Gators this season. After losing to Oral Roberts in the second round of last season’s NCAA Tournament, many notable players either declared for the NBA Draft, graduated, or entered the transfer portal. Despite the losses, the Gators are off to their best start in four seasons. Florida defeated Elon, No. 20 Florida State, Milwaukee and Cal to start the season, all by double-digit margins.

The biggest asset for the Gators has been the 6-foot-11′ senior Colin Castleton. So far, Castleton has averaged 17 points and 9.8 rebounds per game. Myreon Jones and Tyree Appleby have also been Florida’s main scorers, averaging 12.5 and 12.0 points per game respectively. In their four games, the Gators averaged roughly 76 points per game while only allowing 55.

The Buckeyes started the season against weak opposition but are now hitting the tougher part of their non-conference schedule. Ohio State squeezed past Akron by one point in their first game of the year before getting comfortable wins over Niagara and Bowling Green. After the 3-0 start, Ohio State suffered their first, and so far only, loss at the hands of Xavier. Monday’s win against Seton Hall should be a confidence booster as Ohio State now has an early top-25 win on their belt.

The game against Florida will now make three-straight opponents ranked in the top 25 on Ohio State’s schedule. The first was Monday’s game against Seton Hall, Florida, followed by a clash with fifth-ranked Duke on Nov. 30.

For the Buckeyes, E.J. Liddell has been a scoring machine. The 6-foot-7′ junior is averaging 22.4 points per game, more than double any other player on Ohio State’s roster, and has been the highest scorer in all five of Ohio State’s games. Alongside Liddell, Kyle Young has contributed in the rebounds department. Both Liddell and Young are averaging over six rebounds per game.

Final Outlook, When and Where to Watch

The game is set for Wednesday night at 8:30 p.m. EST at Suncoast Credit Union Arena in Fort Myers, FL. The Gators should be the favorite to win the game, but Ohio State will still be a tough matchup. Yet so far, the Gators have dominated all opposite they have faced.

Live coverage can be found on WRUF radio and on the ESPN app.

Jack Shivertaker is a senior at the University of Florida pursuing a degree in Journalism with a focus on sports media.
@JackShivertaker
Previous Former Gator Baseball Star Anthony DeSclafani Signs a New Contract With the Giants
Next Gators Men’s Basketball Wins the Fort Myers Tournament At The Buzzer 71-68