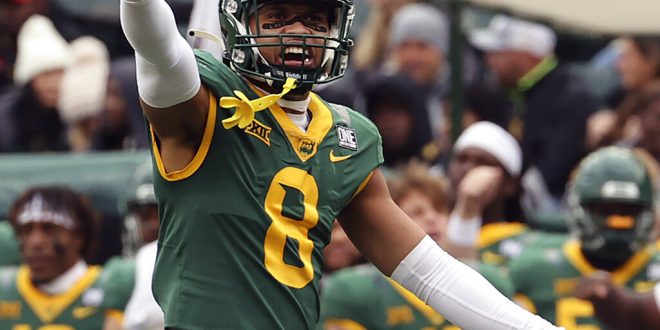 FILE - Baylor safety Jalen Pitre shouts to teammates in the first half of an NCAA college football game against Texas Tech, Nov. 27, 2021, in Waco, Texas. Pitre stuck with his long-time commitment to Baylor while every other recruit bailed in the wake of a horrendous scandal. (AP Photo/Jerry Larson, File)

It is conference championship week in the college football world and the Big 12 championship presents two top 10 teams. No. 5 Oklahoma State takes on No. 9 Baylor in a game that could have serious playoff implications.

How Oklahoma State and Baylor got here

Both teams had strong seasons to make it to the conference championship that has been dominated by Oklahoma since the Big 12 brought back the championship game in 2017. The Big 12 championship is also new territory for both programs.

Baylor has been to the big game once since the game’s creation in 1996. They lost to Oklahoma in 2019. Oklahoma State is making their first Big 12 conference championship appearance ever. They did, however, win the conference in 2011, when the championship game was on a hiatus.

The Cowboys are coached by Mike Gundy who is in his 17th season with the program. Gundy won the Big 12 Coach of the Year award this season. He called it an “accomplishment for the staff and everybody that works in our building.”

Baylor finished this season 10-2. Additionally, the Bears had the second best defense in the conference, behind Oklahoma State. They were led by Jalen Pitre, a senior, who was awarded the Big 12 Defensive Player of the Year. Offensively, running back Abram Smith shined with 1,366 yards and 12 touchdowns on the ground. Smith has been named a semifinalist for the 2021 Doak Walker award which is given to the nation’s best running back that season.

What the Big 12 championship could mean for the CFP

With both teams being in the top ten in the rankings, the winning team could record a strong win to add to their playoff resume. Especially for Oklahoma State, who is ranked 5th, if one team in the top four losses, the Cowboys could jump into the playoffs. In the SEC championship, No. 1 Georgia takes on No. 3 Alabama who has a loss already on the season. If Alabama losses to Georgia and Oklahoma State wins, they could be promoted into the CFP.

The Cowboys take on the Bears on Saturday at noon EST in AT&T Stadium. The game can be seen on ABC.

Jensen Young is a journalism student at the University of Florida. He works as a sports writer for WRUF.com and is the voice of trendings on Wednesday mornings on the WRUF radio station.
@Jensen_Young9
Previous Dolphins-Giants: A tale of two offenses
Next AAC Championship Preview 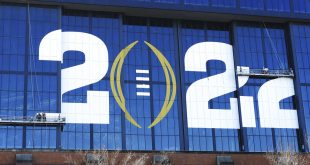