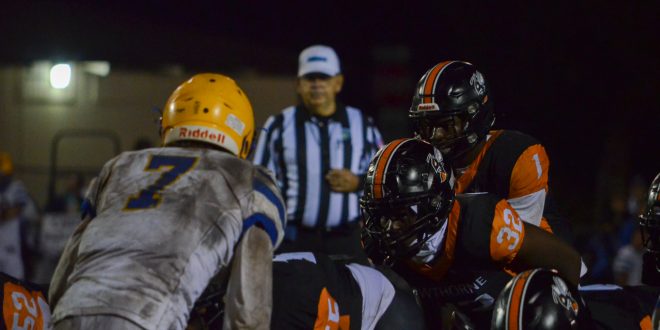 The atmosphere was electric on another installment of Friday night football. This time, a bid to the 1A state championship game is at stake.

Hawthorne came into Friday’s matchup at 9-0 off a commanding win over Pahokee. Chipley sat at 9-3 and took down Baker to get to the final four.

Both teams were energized to start but it was the visitors who would have the first consistent drive of the night. Chipley runningback Harrison Adkison was explosive to open the game, and a facemask penalty gave the Tigers another needed first down.

All momentum seemed to be with Chipley, until out of nowhere, Hawthorne senior Anthony Morgan picked off a lateral pass for a 55-yard pick-six.

Chipley’s next drive struggled to move the chains, but a botched punt return by Hawthorne would end up in junior Tyren Watford’s hands and give Chipley the ball back in striking distance.

Quarter one would end 6-0. Advantage Hornets.

After early struggles, Chipley Quarterback Neal Adams throws a rocket to wide receiver Antonio Lewis to help the Tigers escape a big fourth and 10 situation. A few plays later and Atkinson would find the endzone.

A blocked field goal and it’s tied 6-6 midway through the second.

After the score, quarter two was admittedly slow. Penalties and game stoppages kept the score level.

Hawthorne need to get something going here offensively. While slow starts to games are no stranger to the Hornets, this feels to be a bit more of a result of Chipley defense than Hawthorne offense.@FlaHSFootball @ThePrepZone @GNVpreps @ESPNGainesville @ChipleyFootball

Just after this tweet, Hornets QBs Tyler Jefferson and Chaz Mackey stepped up and made some explosive plays leading the Hornets to another touchdown.

HORNETS RUN IT IN!
A long grind of a drive ends in the Hornets’ first offensive touchdown of the evening.

The story of Hawthorne’s season has been: close game at the half, all Hornets in the second half.

The home squad opened the second half with possession and found immediate success with the run game. Jefferson was on fire and Chipley’s defense simply couldn’t stop the Junior as he punched in another touchdown to extend the lead to 18-6.

Also, huge credit goes out to Hawthorne’s defense. Stanley Cooks, Jailen Ruth, and Artavious Mallory led the campaign to keep the pressure on all night.

After getting the ball back, Chaz Mackey took the reins of the offense and drove down the field to set up a Brian James touchdown. At 24-6 deep in the fourth, the Tigers stood no chance at coming back.

They got creative running sweeps and throwing the deep ball, but the score would hold.

We spoke to Chaz Mackey and Coach Ingram after the game. Here were their thoughts:

Hawthorne will look to redeem themselves in the state championship against Madison County next Saturday in Tallahassee. 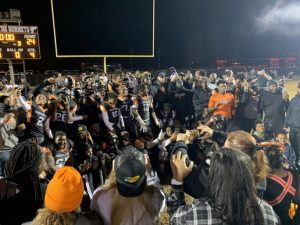 Previous The Tampa Bay Buccaneers Take on the Atlanta Falcons for the Second Time This Year
Next Florida Volleyball Moves to NCAA Round 3, Wise Wins 1,001st Match 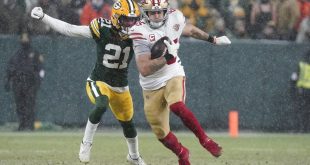