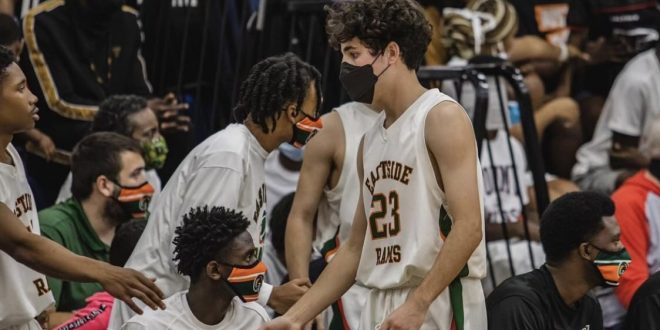 Growing Up with a Love for Sports

Ben Davis, a junior at East Side High School, has impressed many with his ability to play three sports and maintain a 5.0 GPA. Right off the bat, Ben knew sports were his happy place. He started playing golf when he was 6, tennis since he was 8, and basketball since he was in 7th grade.

“Sports are the best. There would be something missing in my life if I didn’t have them. It’s something I have to do”

Continuing into high school, Ben has been on varsity for tennis and golf all three years and basketball for two years. Although Davis enjoys any form of athletic competition, his favorite is basketball. He believes the adrenaline he experiences while playing the game is unmatched to any feeling. Steph Curry, Ben’s role model, has been one of his biggest inspirations. Growing up and watching Curry’s shots has inspired Ben to always be aggressive on the court. 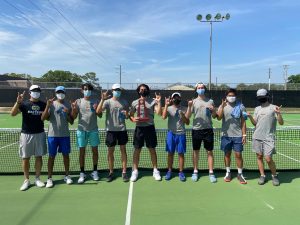 Not only is Ben good at basketball, but he also went to state for tennis and competed in regionals for golf last year. When asked about his biggest strength, he believes his positive mindset is what leads him to success. Even when Davis isn’t in the lead, he knows not to get down on himself and keep going. Another one of Ben’s role models, Rodger Federer, inspires him because he embodies this skill.

On top of all that, Davis achieved a perfect 5.0 GPA. His strategy is to keep everything balanced, stay on top of his work, and keep outside distractions to a minimum. Ben also gives credit to his parents for supporting him and pushing him to do well.

Now that COVID-19 isn’t affecting his playtime, Ben is looking forward to a strong next two years. For the upcoming basketball season, Ben expects to make it to the playoffs and win the district. He also plans on going to state for tennis again and hopefully making it past the second round this time. “Our team has good chemistry, we just need to practice playing tougher matches. We also need to keep a good mindset and attitude” Davis stated. 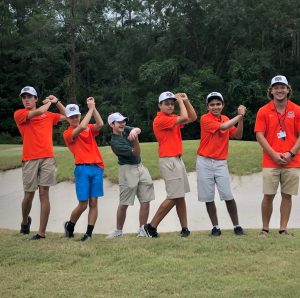 As for golf, Ben did not make regionals this year but is more motivated than ever. In order to get quality competition, he plans on playing a lot throughout the year by entering tournaments.

“I need to focus on myself and not worry what other people are doing. It’s just you versus the course. You aren’t playing against anyone, you are playing against yourself.”

Looking forward, Davis hopes to play D3 golf in college, but for the moment, he is more focused on getting into a university with just his academics. As for the remainder of his high school career, Ben will proceed to implement the infamous work hard, play hard mentality.

Talia Baia is a sophomore at the University of Florida studying journalism with a concentration in sports and media.
@talia_baia
Previous College basketball: Florida vs. Maryland game preview
Next Hawthorne Comes Up Short, Madison County Wins State Championship