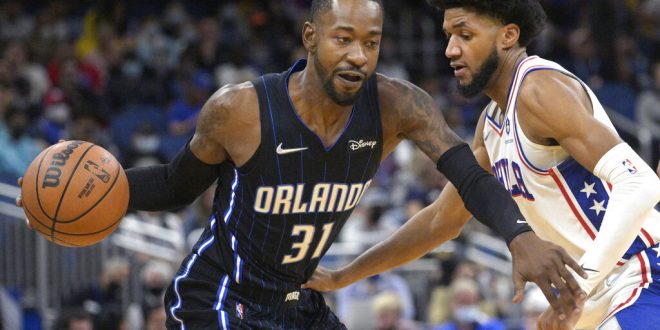 Despite a strong start to the game and leading after three quarters, the Magic ended up losing to Philadelphia by 10. Orlando falls to 7-32 on the season after seven straight losses while Philadelphia wins their fifth in a row.

The game started as an even contest. The Magic jumped to an early lead, yet the game was tied 33-all at the end of the first quarter. In the second quarter, the Magic got hot again. They climbed out to a seven-point lead, yet the Sixers came back and tied it two minutes later and began to build a lead of their own. Philadelphia eventually led by five before Orlando started to close the gap and the game went to halftime trailing 62-59.

Eight first-half turnovers by Philadelphia helped Orlando keep the game close. Cole Anthony led the team offensively in the half with 14 points and five assists.

Going into the second half, the Magic were still very much in the game. Orlando was aware of this and began the third quarter by going on a 10-point run. Midway through the quarter, the Magic’s lead increased to 11, their largest of the night.

But the Sixers are not a team to go away quietly. They went on a nine-point run and climbed back to within one. The quarter ended with Orlando ahead 89-88.

The quarter-break was not enough to cool down Philadelphia. Shortly into the fourth quarter, the Sixers climbed back in front and led by four. A sudden scoring drought gave hope that the Magic could pull ahead, the Sixers regained their focus. Five turnovers in the quarter hurt the Magic as Philadelphia scored 19 points in the final seven minutes of the game to put it out of reach and defeated the Magic 116-106.

Despite the run by the Sixers, the Magic had a chance to claw back into it. Joel Embiid was called for a flagrant foul after a hard with to Wendell Carter Jr. The Magic only trailed by five with two minutes to play, yet both free throws were missed. It summed up the fourth quarter for the Magic: missed opportunities.

The win sealed the fifth in a row for Philadelphia, the seventh straight loss for Orlando, and the 10th straight time the Sixers have beaten the Magic.

Key Players for the Magic and Sixers

The Sixers were led by Embiid, with strong contributions from Tobias Harris, Seth Curry, and Furkan Korkmaz. Embiid scored 31 points along with five rebounds and four assists. Harris scored 22 points with four assists and two steals. Curry and Korkmaz each scored 20 points on top of 23 points by the Sixers’ bench.

The Magic were led by Anthony with 26 points, seven assists and five rebounds. After Anthony, the Magic relied on Mo Bamba and Franz Wagner with 19 and 15 points respectively, but it was not enough to overcome the Sixers.

Orlando falls to 7-32 to stay glued to the bottom of the NBA standings. Their next game is Saturday on the road against the Detroit Pistons.

Jack Shivertaker is a senior at the University of Florida pursuing a degree in Journalism with a focus on sports media.
@JackShivertaker
Previous Gators Women’s Hoops Hosts Ole Miss
Next Burrow Leading Bengals Back to Playoffs