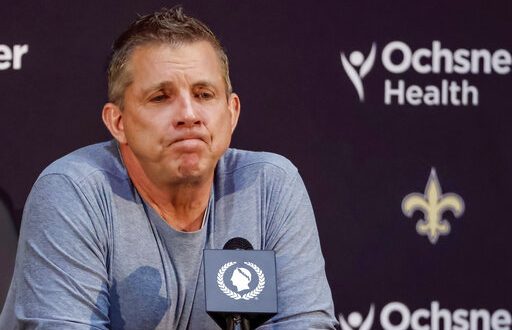 Following the announcement that he would be stepping down, former Saints’ head coach Sean Payton discussed the decision and gave a brief insight into his future plans. Payton leaves New Orleans after a 15-year tenure that included a Super Bowl championship in 2009.

In 2021, Payton led the Saints to a 9-8 record, but missed out on the playoffs. Overall, he finishes his tenure with a head coaching record of 159-82.

Reminiscing on the 2021 season, an emotional Payton said he simply felt that the timing to leave was right. He first thought about leaving during training camp, but decided to wait and see how the season would go.

On a personal side, Payton explained that family was a major factor in his decision. He added that the opportunity to leave on his own terms was too good to pass up.

The winningest head coach in Saints’ history, Payton said there’s a simple way he wants to be remembered: his work ethic.

As far as coaching is concerned, Payton, quoting former Saints’ owner Tom Benson, disregarded any plans of retiring. He said he has future plans in football, but those plans won’t be during the 2022 season.

After reports of him stepping down, rumors came out that Payton would enter a career in sports media. However, he shut down any potential rumors of him moving to a media job for 2022, at least for now.

Although his initial plans for the 2022 season are up in the air, Payton says he’s excited for what’s next.

Saints’ join the search for a head coach

New Orleans, meanwhile, becomes the most recent team to begin the search for a head coach. However, they start behind eight, with one rumored to have already made a hire.

The Jaguars have reportedly hired Buccaneers offensive coordinator Byron Leftwich as their new head coach. However, there are plenty of names to keep an eye on for job openings.

Former Dolphins’ head coach Brian Flores has been linked to many of the open head coaching jobs and has an interview with the Giants on Thursday.

With eight NFL head coaching jobs open, the NFL coaching carousel continues to spin, and it doesn’t look like it will stop anytime soon.