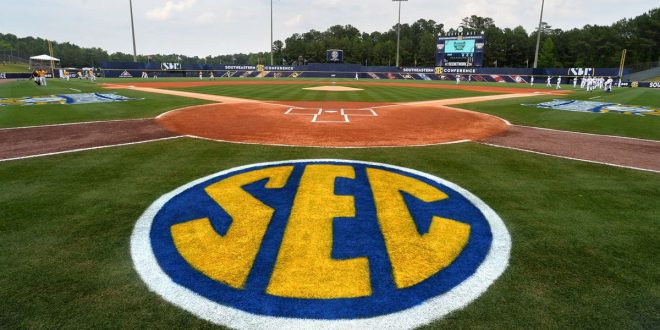 Southeastern Conference Commissioner Greg Sankey announced on Thursday that the conference’s 14 universities received $777.8 million of revenue during the 2020-2021 fiscal year, according to a press release.

Each school received just over $54.6 million, excluding bowl expenses. In the 2019-2020 fiscal year, the average per school distribution was $45.5 million. Total revenue increased by $120.1 million from the previous fiscal year.

The total includes $764.4 million from the conference office and $13.4 million for universities that participated in bowl games. Revenue comes from television agreements, bowl games, NCAA Championships, the College Football Playoff and more.

The distribution doesn’t include, however, a one-time supplement of around $23 million for each school in 2021 for COVID-19 support. The total sum also doesn’t include an additional $7.8 million of NCAA and SEC grants divided among the member universities.

“The commitment of the SEC’s 14 universities to provide an impactful and lasting student-athlete experience is enhanced exponentially by the substantial revenue distributed through the Southeastern Conference,” Sankey said. “As a direct result of this distribution, SEC universities provide their student-athletes exceptional instruction, training, equipment, academic counseling, medical care, mental health and wellness support and life-skill development that is unmatched in intercollegiate athletics.”

In August, Sankey agreed to a contract extension that will keep him with the conference through 2026.

I'm a third-year student at the University of Florida passionate about storytelling and sportswriting. My goal is to work in communications for a professional sports team after I graduate.
Previous Andrew Powell: The Sophomore Standout Behind Oak Hall’s Breakout Season
Next Heat Come Out On Top Against the New Orleans Pelicans