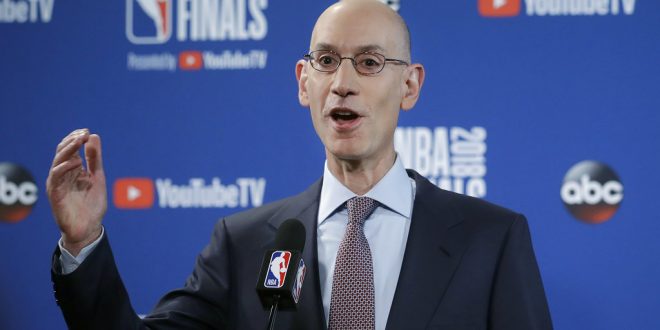 Silver, on Wednesday, discussed potential new traditions on the horizon for the NBA. Taking a page from European soccer leagues, a midseason NBA tournament could remedy regular season monotony. The idea for the commissioner is to not diminish the prestige of the Larry O’Brien championship. However, converting regular season games into a tournament which concludes with a trophy is a possibility. Commissioner Silver’s push for innovation is prompted by the evolution of how fans consume the NBA product. The concern is that the habits of fans watching the NBA are inconsistent due to the average length of an NBA game being more than two hours. If you worried a midseason tournament would only prolong the 82 game regular season fret not. Silver confirmed the potential tournament wouldn’t affect the scheduled season start or its conclusion.

When asked about player mobility, Silver touted the data showing him player movement isn’t necessarily a “bad thing”. However, he expressed players actively seeking to move while under contract is bad for the league. The commissioner’s comments come in the aftermath of the Ben Simmons-James Harden trade in which both players seemingly manufactured their way out of Philadelphia and Brooklyn respectfully. Still, the Commissioner views player mobility a beacon of hope for non-competitive teams looking to land a superstar impact player.

The law’s objective is to protect people in attendance at arenas. According to Silver, it doesn’t make sense and is thus worth reconsidering.