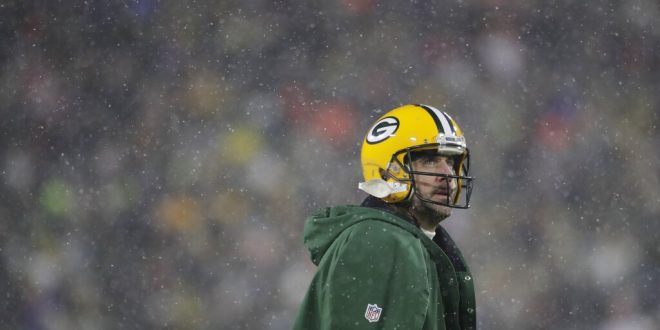 Will Aaron Rodgers be leaving the Packers?

Could this really be the end of Aaron Rodgers’ time with the Green Bay Packers? Is he being traded to another team? Or, is he leaving the NFL altogether?

There are many questions up in the air right now surrounding Rodgers’ future with the sport. Is he being let go because of playoff losses? Packers fans may find it hard to accept any/all assumptions. After all, it would be difficult to digest the idea of another iconic quarterback leaving this year after Tom Brady said his emotional goodbye to the NFL.

Maybe so. There have been several rumors the long-time QB will be leaving. Rodgers shared an Instagram post on Feb. 21 that sparked the suspicion, as the post comes across as a goodbye.

Brad Spielberger, research and development analyst for the Pro Football Focus, shared his thoughts on the quarterback’s potential trade location.

However, Spielberger said he thinks Rodgers will stay with the Packers.

What to Look Out For

Spielberger believes fans will have their questions answered soon.