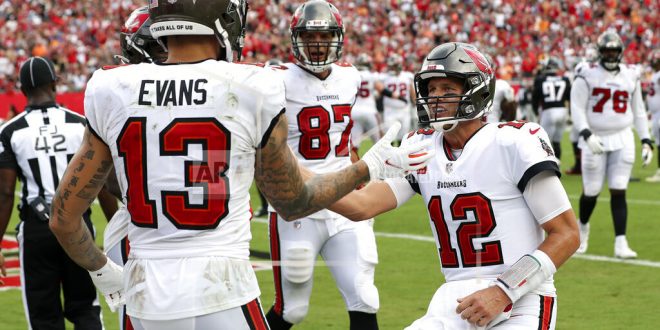 A Look into Free Agency: the Buccaneers

Tom Brady shocked the sports world on March 13 with his decision to come back from retirement returning to the Tampa Bay Buccaneers.

His Twitter post received mixed responses from NFL fans. Some of them disliked the decision, stating that his time in the league had passed. Others were thankful about seeing their favorite player extend his legacy. However, no one enjoyed the news more than the Tampa Bay Buccaneers, who suddenly went back to being a contender team.

These past two months I’ve realized my place is still on the field and not in the stands. That time will come. But it’s not now. I love my teammates, and I love my supportive family. They make it all possible. I’m coming back for my 23rd season in Tampa. Unfinished business LFG pic.twitter.com/U0yhRKVKVm

With Brady in Tampa Bay, the Bucs won 29 out of 39 games, including Super Bowl LV in 2020 and the NFC South division title last year. The return changes the free-agency panorama for the team in the 2022 season.

Here’s a look at what the Bucs will look like on the first day of free agency.

The Buccaneers Continue to Make Additions

Among the Bucs’ top free-agent additions is former Atlanta Falcons wide receiver Russell Gage. The 26-year-old is expected to bring versatility to Tampa after posting four touchdowns and 770 yards on 66 receptions in 2021. The Buccaneers expanded its wide receiver pool by weakening a division rival. Gage will sign a three-year, $30 million contract, according to ESPN’s Jeremy Fowler.

Former Falcons receiver Russell Gage intends to sign with the Bucs, per source.

The Bucs front office also did some moves to strengthen the offensive line. Center Ryan Jensen will re-sign a three-year, $39 million deal, according to NFL insider Ian Rapoport. Jensen has started in 71 games in the last four seasons, which provides stability in an injury-prone position.

Tampa Bay Times’ Rick Stroud reported that guard Aaron Stinnie will sign a one-year, $1.4 million contract. Stinnie will look to find a starting role in the O-line after suffering a knee injury last season. Cornerback Carlton Davis will also return on a three-year, $45 million deal, according to Rapoport.

Although not confirmed yet, other potential free agents that may return for another postseason run with Brady include tight-end Rob Gronkowski, running back Leonard Fournette and wide receiver Chris Godwin, who received the franchise tag on March 8. All of them played a huge role in the team’s success the past two seasons.

Safety Jordan Whitehead is heading to the New York Jets on a two-year deal. Whitehead’s agent announced the move via Twitter Tuesday.

The NFL free agency period officially starts March 16. All contracts will be effective that day.