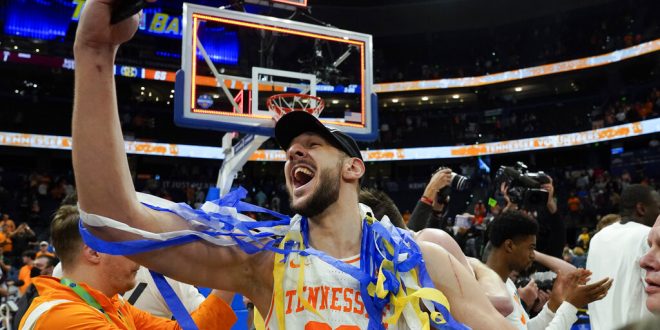 No. 3 Tennessee vs. No.14 Longwood NCAA Preview

Tennessee will face Longwood in the first round of the NCAA Tournament Thursday, March 17 at 2:45 p.m.

After winning the SEC Tournament, the Volunteers are poised to make a Final Four run.

The Lancers won both the Big South regular season and tournament titles. Unafraid, they are hoping to emerge as this years Cinderella.

The Volunteers ended the year at 25-7, ranked No. 18 in the nation. In the postseason, they defeated Mississippi State, Kentucky and Texas A&M ultimately taking home the trophy.

In the tournament, they will continue to rely on guards Kennedy Chandler and Santiago Vescovi. The two lead the team in scoring, and average 13.8 and 13.4 PPG respectively. Chandler is a potential first round pick in the upcoming 2022 NBA Draft and a solid tournament performance would boost his stock. That said, he has not yet stated whether he intends to move onto the league or return to Tennessee.

Featured in the frontcourt will be Senior John Fulkerson. Olivier Nkamhoua, Tennessee’s other prominent big, has been out for the season since February when he sustained a left ankle injury.

Ultimately, as 18-point favorites, Tennessee should be able to get past Longwood. After that, its road gets much tougher as it would face the winner of a game between the well respected Loyola Chicago Ramblers and Ohio State Buckeyes.

The Lancers finished the season 26-6. In the Big South title game, they beat the Winthrop Eagles clinching their first ever NCAA Tournament birth.

Also led by their guard play, Longwood will depend on Justin Hill and Isaiah Wilkins. Hill is a sophomore, and leads the team in scoring with 14.2 PPG. Differently, Wilkins is a senior and a loss would likely mark the end of his collegiate career.

To shock the world and pull off the upset, the Lancers will need to utilize their elite defense and three-point shooting. Longwood generates a lot of turnovers and often forces his opponents to play at a snails pace. Additionally, Wilkins and fellow senior DeShaun Wade both shoot above 40% from behind the arc.

William Silverman is a junior at the University of Florida from Philadelphia who is interested in pursuing a career in business, communications and journalism.
Previous Kentucky vs Saint Peter’s men’s basketball preview
Next Arkansas Set for First Round Test Against Vermont