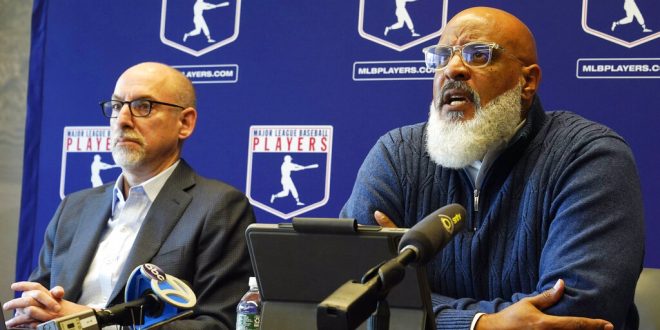 Major League Baseball and the MLBPA have agreed to a handful of rule changes for the 2022 season. Among them are an expanded roster for the month of April and the automatic runner on second base in extra innings.

The rule changes are still pending owner approval, and MLB owners will vote on these changes next week. Only a majority is required for the changes to pass. So, here’s a breakdown of all of the new tweaks and what they’ll mean for this season.

https://t.co/pykb8jO4lF Exclusive: MLB and the PA have agreed to rules that include expanded roster, return of the ghost runner and 9-inning games for double-headers plus a rule for the whole CBA that right now will probably just impact Shohei Ohtani.

The universal DH rule was implemented when the new CBA was ratified. This marked a new era of baseball in which pitchers, save the occasional slugger like Madison Bumgarner, will no longer have to prove their worth at the plate. Of course, Shohei Ohtani stands to be a significant outlier.

So, one of the rule changes that the MLB and the Players’ Association agreed on yesterday allows for a starting pitcher to continue to hit after his day on the mound is done if he’s listed as the DH. Ohtani and the Los Angeles Angels stand to gain a ton from this new rule because of how much of an impact Ohtani made at the plate last year.

In summation, Ohtani, and starters across the league, won’t have to throw a full game to be able to slug at the plate.

The second rule change for the 2022 season was made with the effects of the MLB lockout in mind. Due to changes to the spring training schedule, both sides have agreed to 28-player rosters for the month of April. These larger rosters will last until May 2, when teams will have to go back to the traditional 26-player rosters.

Just as a side note, there will be no limit to the amount of pitchers that teams can have on their roster.

And the final major rule change that both sides agreed to is the automatic runner on second during extra innings. The extra innings rule is expected to return for the 2022 season, although seven-inning doubleheaders are not.

A rule that was introduced to the shortened 2020 season, the runner on second rule will return with the continued hope of preventing over-usage and increased workload on pitchers.

I'm a third-year student at the University of Florida passionate about storytelling and sportswriting. My goal is to work in communications for a professional sports team after I graduate.
Previous USFL announces new rules
Next Four-Star Hoops Commit to Stay with Gators