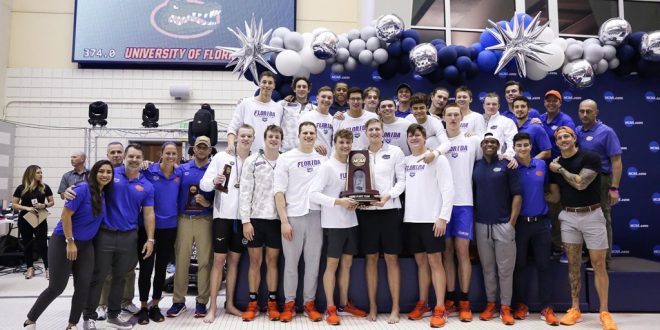 The Florida Gators Men’s Swimming & Diving finished their 2021-22 campaign with a third-place finish at the NCAA Championship. The Gators collected 374 points over the four-day meet. In addition, Florida took three national titles and 42 All-America honors over the week. The Gators put themselves on the podium for a bronze finish for two consecutive seasons.

The Gators are coming home with some hardware 🏆🥉#GoGators pic.twitter.com/2W9LSKLVPF

Senior  Bobby Finke dominated in the pool and took his second straight NCAA title in the 1650-yard finishing with a 14:22.08 time. Previously, Finke set the American record in the 2020 SEC Championships with a 14:12.08 time. Despite taking the title, Finke was not completely satisfied with his performance.

“I’ll be honest with you, that race was one of the sloppiest miles I’ve ever done, so I’m not really happy with how it went. I’m glad I got the win and the points for the Gators, but individually, I don’t think it’s the best performance I could have had,” Finke said.

In the 200 breast, Dillon Hillis touched the wall at 1:51.12 to finish sixth in the race. Hillis finished 14th overall to give the Gators three points. In addition, he took four All-America honors throughout the week.

Was there ever even a question about it? 😎

Parker Welch is a Senior at the University of Florida majoring in Sports Media at the College of Journalism & Communications.
@parkerrwelch
Previous Saint Peter’s clock strikes midnight
Next Gators Softball avoids sweep 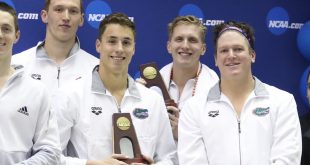