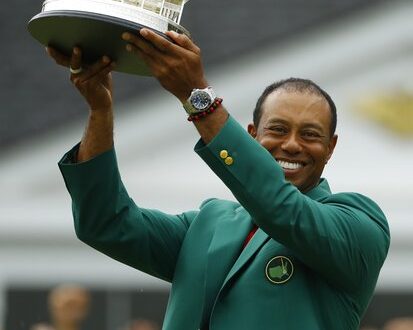 Tiger Woods To Play in the Masters?

Tiger Woods recently made his way to Augusta National this week intensifying rumors of whether or not he will be playing in the upcoming Masters. So will he be participating in the Masters? It is hard to say. The Masters have him on the list of players when looking at its website. However, he can still withdraw prior to the event if he is not 100%.

There had already been rumors out there about the potential Woods return, but media attention only amplified with his actions this week. With reports and images of Woods arriving at Augusta National, speculation only heated up about him playing in the Masters. According to ESPN’s Mark Schlabach, Woods, in his arrival at Augusta, played a full 18 holes with his son, Charlie Woods, and Justin Thomas. Additionally, Schlabach said he “went through these 18 holes and came out looking good and played every one of them.”

Now, the last time we saw Woods play was in the PNC Championship with his son back in December. However, it has been just over a year since his injury, which means he could still be trying to build back to full health. According to NPR’s Deepa Shivaram, back in December Woods stated that “I don’t have the endurance, and I’m a long way away from playing in tournaments.”

He may have had enough time now to recover as we get closer to April, but nothing is set in stone. Though, one thing is for certain, Woods will put forth every effort and exhaust every avenue to try and play in the upcoming Masters according to Todd Lewis, a reporter at Golf Channel and NBC.

This is a critical week for @tigerwoods to see if his body can sustain 72 holes at Augusta National. He will exhaust every effort to play @TheMasters.

After rumors started to emerge, social media began to erupt. Twitter went into a frenzy, posting clips of his play in previous tournaments like in the Masters.

a quick recap of Tiger Woods chip-in at the 2005 Masters pic.twitter.com/Xc4XP9IAdV

Moreover, fans and media have also been showing their support and hope for him to return to the tee box.

Good morning, I hope everyone, especially @TigerWoods woke up feeling fresh and able to play 18 holes at say, Augusta National if needed to, maybe in a tournament or something. ☀️☀️

Tiger Woods wouldn’t play in the Masters if he didn’t think he could win.

That doesn’t mean he will win, but he doesn’t play unless he thinks he can.

Many of his fans, including this one, believe this is not just Woods rushing himself back into action. They believe if he is going to be in the Masters, he will playing because he can win it. The news of his return even has people following and tracking his every movement. The media attention that this news has garnered will only grow over the next week building up until the Masters.

The first round of the 2022 Masters is set to begin on April 7. With each step he takes and each hole he plays leading up to the Masters, the media will be on it.