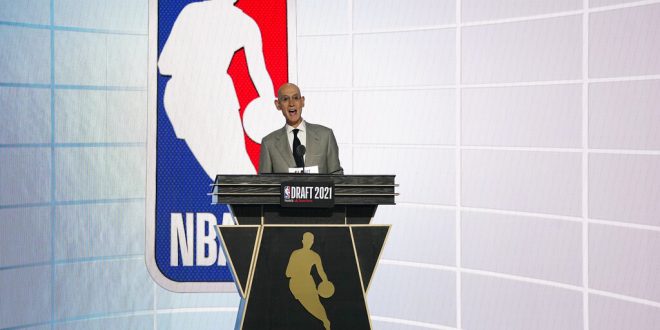 Jaden Ivey and Johnny Davis hoped they would currently be preparing for the upcoming NCAA March Madness Final Four. Instead, they are training and getting ready for the 2022 NBA Draft.

In the Sweet 16, Jaden Ivey and the Purdue Boilermakers fell to the Saint Peters Peacocks.

HISTORY FOR SAINT PETER'S. CELEBRATION TIME FOR THE PEACOCKS. pic.twitter.com/Dv1jzMQ3JX

Saint Peters fell in the Elite 8, but their Cinderella run will go down in history books as the greatest ever.

In the Round of 32, Johnny Davis and the Wisconsin Badgers lost to the Iowa State Cyclones.

Iowa State lost in the Sweet 16. Still, it was a great run considering they won just 2 games in 2021.

Now, with both of their teams eliminated, Jaden Ivey and Johnny Davis have turned their focus and declared for the 2022 NBA Draft.

Jaden Ivey was Purdue’s leading scorer, shot creator and overall go-to man all year. Specifically, he averaged 17.3 PPG while shooting 35.8% from three. Time and time again, he hit clutch shots when the Boilermakers needed it most.

Moving forward, NBA scouts will evaluate his skills an try and determine how effectively they will translate to the professional level. Most effectively, he is an athlete guard who can both shoot and create his own shot. Currently, Ivey is projected to be a Top-3 pick.

Last year, Johnny Davis was the Badgers leading scorer and rebounder averaging 19.7 points and 8.2 rebounds per game. As a result, he was the Big Ten Player of Year and an All-American.

Best player in the Big Ten.

Additionally, he is a Naismith Player of the Year and Wooden Award Finalist.

Similar to Ivey, Davis is expected to be a lottery pick. Overall, he is a guard skilled on both sides of the ball. He both scores the basketball and plays high-level defense.

To improve his draft stock, Davis will have to work on his ball handling and three-point shot. Occasionally, he struggles to get passed defenders off the dribble. Furthermore, he only shot 30.6% from three last season. Even so, he has all the tools necessary to grow and eventually thrive at the professional level.

William Silverman is a junior at the University of Florida from Philadelphia who is interested in pursuing a career in business, communications and journalism.
Previous Rays Take Down Braves as Spring Training Starts to Wind Down
Next Gators Men’s Tennis Hosts LSU and Vanderbilt 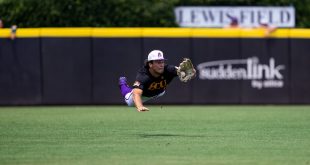