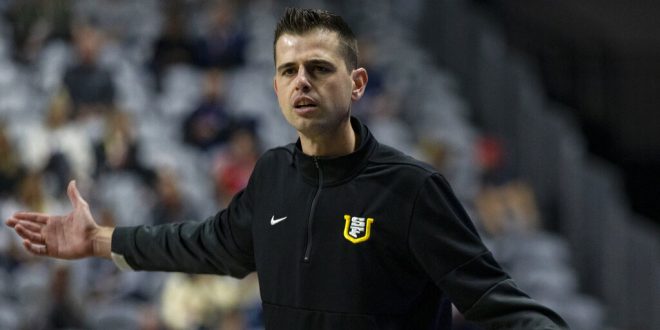 Three new Florida Gators have landed in the Swamp.

Since Todd Golden became the head coach of UF men’s basketball on March 18, he has brought on three new assistant coaches to the team.

Hovde comes from a strong basketball background. While attending the University of Richmond he spent five seasons as a player, and one as the assistant coach before trading the Richmond cold for the Florida sunshine.

McCray has also been recently hired and as the associate head coach. McCray began his coaching career with UF rival, Florida State. He was a graduate assistant under Leonard Hamilton. McCray also spent seven seasons as an assistant coach for Mississippi State’s men’s basketball team.

Hartman has had an impressive career in college basketball as he ranked 10th in scoring 1,180 points during his time at Tulane University. He also was seventh in career steals (146). His achievements helped him get inducted into the Tulane Athletics Hall of Fame in 2020.

In his professional career, following college, Hartman was selected in third round of the 1994 CBA draft by the Rapid City Thrillers.

Before coming to UF, he last recently served as an assistant coach for Oklahoma’s men’s basketball.

Previous Gators Women’s Tennis Preview: No.16 Florida takes on Vanderbilt
Next Bulls and Heat To Face Off in Chicago