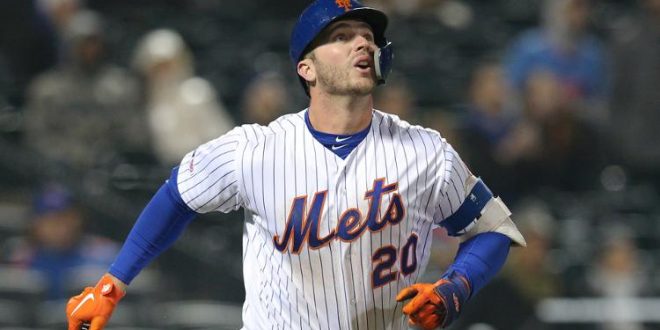 Lots of Gators are on the Opening Day roster for the 2022 season. With Opening Day only two days away, the former Gators are eager to get back on the field. Although each of the players is on their own professional journey, each has had his own set of accomplishments. Here, will go over 10 players that are currently on the opening day roster.

Pete Alonso is the first baseman for the New York Mets since his MLB debut in the 2019 season. In his rookie season, he broke the major league record for most home runs by a rookie with a total of 53.

The center fielder Harrison Bader recently signed a $10.4 million contract with the St. Louis Cardinals. It was a two-year contract that avoided salary arbitration. In 2021, he became the second Gator to receive the Gold Glove Award. it was his second time being nominated after above-average outs (14) and defensive runs saved (15). Second baseman Robby Thompson, who was with the San Francisco Giants, received the honor in 1993.

Anthony DeSclafani is the pitcher for the San Francisco Giants. He played for the Miami Marlins in 2014 and the Cincinnati Reds from 2015-to 2020. Back in November 2021, the right-handed pitcher agreed to a three-year contract with the Giants worth $36 million after a successful first year with the team.

The San Francisco Giants’ projected five starters have produced a 1.98 spring training ERA while striking out 53 and walking 11 in 451/3 innings. Anthony DeSclafani is the latest to look sharp.https://t.co/hrurUH7Zaz

Pitcher Dane Dunning is a part of the Texas Rangers. He was first drafted by the Washington Nationals in the first round and was the 29th-overall pick. After playing with the Chicago White Sox in the 2022 season, he was traded to the Texas Rangers.

Second baseman Jonathan India was drafted by the Cincinnati Reds in 2018 in the first round and was the fifth-overall pick. He became the youngest player to earn a spot in their opening day lineup. In 2021, India was named the Jackie Robinson NL Rookie of the Year.

.@JonathanIndia is the Jackie Robinson NL Rookie of the Year!

Pitcher Jackson Kowar is a current player of the Kansas City Royals. he was drafted in 2018 by the Royals in the first round as a compensatory and was the 33rd-overall pick. The right-handed pitcher received the Paul Splittorff Award as their minor league hitter and a pitcher of the year for 2021.

The Royals announced their 2021 awards:

Pitcher A.J. Puk is a part of the Oakland Athletics team. In 2016, he was drafted by the A’s in the first round and was the sixth-overall pick. The left-handed pitcher struggles to stay on the mound with a history of injuries. However, he is under consideration for the rotation option in the 2022 spring training.

Pitcher Brady Singer is currently a part of the Kansas City Royals alongside former Gator Jackson Kowar. He was drafted in 2018 by the Royals in round 1 and was the 18th-overall pick. In Royal’s five-man pitching rotation, there is only one spot left. Manager Mike Matheny is currently between Brady Singer and Daniel Lynch.

Brady Singer on Zack Greinke joining the #Royals: "It's unbelievable. … I know you guys are excited, but the players are really excited too."

Pitcher Kirby Snead is currently a part of the Oakland Athletics, alongside former Gator Jackson Kowar. He was drafted in 2016 by the Toronto Blue Jays in round 10 and was the 312th overall pick. First-year manager Mark Kotsay got a very good first impression from Snead, showing his character and exactly what they are looking for.

Catcher Mike Zunino is currently a part of the Tampa Bay Rays. In 2012, he was drafted by the Seattle Mariners in the first round and was the third overall pick. Although he struggled in the first two seasons with the Rays, he had a breakthrough at the plate during the 2021 season. Not only has his statistics improved, but the team players and managers have nothing but positive things to say about his character and skill.

Catcher Mike Zunino made it clear immediately to the Rays that he would put helping pitchers first. “I thought that was really cool,'' Ryan Yarbrough said. "And I feel like it’s been that way ever since.’’https://t.co/lQko4nzZep

The day is finally here. In less than two days, the 2022 season opening day will occur. Out of the 30 MLB teams, eighteen will start on April 7. The remaining 12 will be in action on April 8.