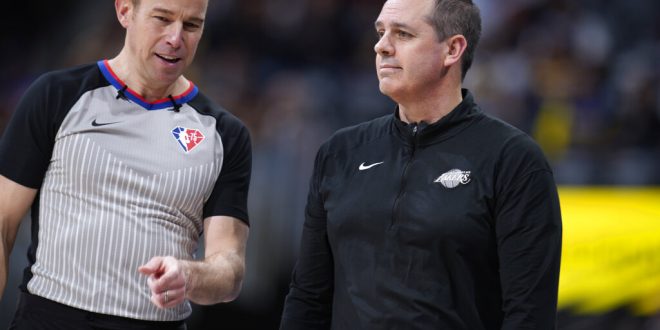 As the play-in tournament looks to begin Tuesday night, there is one lucrative franchise that will be watching the action-packed competition in the comfort of their homes. The Los Angeles Lakers, winner of 17 NBA Championships, missed the playoffs after a 33-49 regular season.

It was a disappointing season for the Lebron James-led team. So much so, Vice President of Operations Rob Pelinka and the Lakers felt as if a change was needed.

The Lakers finished the year losing eight of their last 10 games however, James believes this year was not a failure.

If you asked basketball fans entering the year, who were the favorites to contend for the NBA title, Los Angeles was definitely among the top. Certainly, Vegas believed in the 2020 NBA champs as well. Before the year, LA had the best odds to come out of the Western Conference. Especially, after the acquisition of former MVP Russell Westbrook in the offseason via trade, a deep playoff run was expected.

It was clear since the start of the season this was not a perfect match for this trio. For Westbrook, his game had to certainly play alongside James. The 2017 NBA MVP is used to having the ball in his hands for the majority of games but the new role was a challenge. Also, with injuries to Davis and some rotational players, the Lakers were no match against the elite teams in the league.

The 6-foot-10 power forward missed approximately half the season with a foot injury. But, the injury bug is certainly not an excuse for this Lakers team.

In his 19th season, James averaged a team-high 30.3 points and just over eight rebounds a game. Also, with Westbrook, a triple-double phenomenon, it should have been enough for the duo to hold the fort in Davis’ absence.

However, title hopes for the Lakers dwindled as the season progressed.

Westbrook lead the league in turnovers for the majority of the season but recently mentioned there was a disconnect between the now former Lakers coach.

The news of Vogel’s departure was first reported by ESPN’s NBA reporter Adrian Wojnarowski prior to the Lakers’ season finale against the Denver Nuggets. Vogel seemed to be surprised by the news of his anticipated firing during the post-game interview. Yet, rumors regarding the job security of the title-winning coach circulated.

Nevertheless, Pelinka and the Lakers management announced they were parting ways with Vogel, and the search for a new coach began. Not only a new coach but Pelinka says he expects the Lakers will make some roster decisions as well in the offseason.

So, does that mean a Westbrook trade?

Westbrook is still locked in through next season looking to collect on a $44.2 million in salary. A trade partner may be difficult to find but Pelinka and the Lakers brass. They may want to see what the trio can do under new coaching.

Whichever the Lakers decide to do next season, Lebron says he plans to play a minor role in the Lakers’ offseason decision making. But, Pelinka says a new coach will be the first priority before making any changes to the roster.

LA would like to have an established coach to lead the team in the final years of LeBron’s career. Wojnarowski, however, said the pool for available coaches may not be that vast.

Coaches To Keep an Eye On: 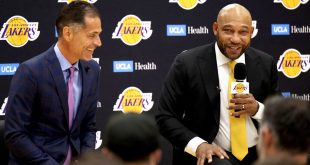