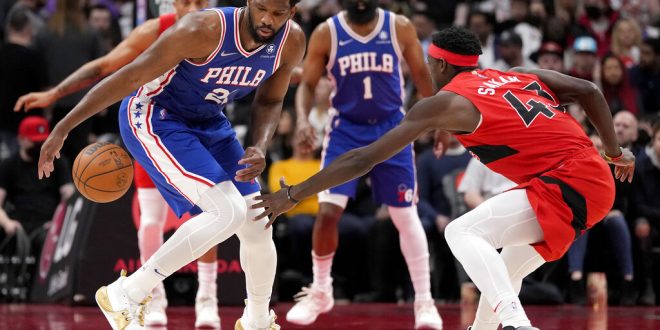 The Toronto Raptors fell to the Philadelphia 76ers 97-112 Monday night. Philadelphia leads the Raptors 2-0 in round one of the NBA Playoffs.

Standout Players for The Raptors

Fred VanVleet, a Raptors guard, scored 20 points, seven assists, and four rebounds in round one of Monday night’s Playoff game.

Raptors power forward Gary Trent Jr. saw limited action in Monday night’s game as he only had four fouls in the first half following an illness. He was unable to return for the second half.

Raptors forward, Scottie Barnes suffered a sprained left ankle from Game one and did not see action in Monday nights Playoff game

Standout Players for The 76ers

Tyrese Maxey at guard, scored 23 points while having eight assists and nine rebounds. One of the keys players in Monday night’s game.