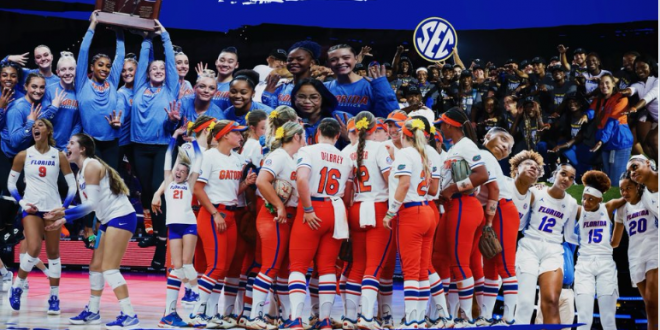 The university celebrated 50 years of women’s sports this past year. The women brought home SEC championships in gymnastics and outdoor track & field. The Gators’ lacrosse team, which competes in the American Athletic Conference, also finished in first place.

The Gators have won an SEC all-sports title 32 of the last 38 seasons. Florida has also won 29 overall titles.

Points are awarded on a sliding scale based on a team’s finish and how many opponents it has in a particular sport. Because Tennessee’s baseball team finished atop the 14-team SEC, the school received 14 points in the all-sports standings.

The Arkansas Razorbacks, LSU Tigers and Alabama Crimson Tide round out the SEC overall top 5 with all three teams finishing behind Florida and Tennessee, respectively. Despite its football team’s historic national championship win, the Georgia Bulldogs finished sixth.

Both schools will await the release of the national all-sports rankings on July 5. The Gators have amassed an impressive streak, placing in the overall top 10 every year since 1983.