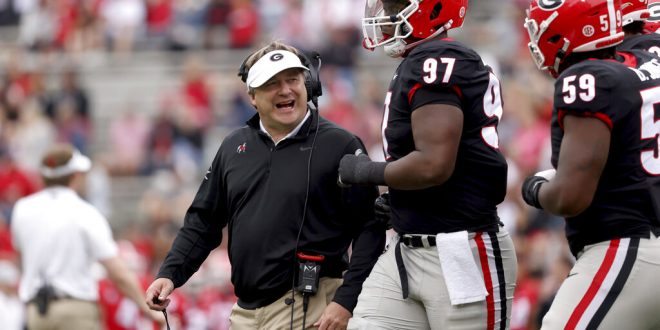 Top 25 Winners and Losers After Week 1

An exciting week 1 of the College Football season wrapped up Monday night and there was a lot of movement in the AP Top 25 poll that came out Tuesday afternoon. Here are the biggest winners and losers following the first weekend.

The Florida Gators are the biggest winners after week 1. Coming into their matchup with #7 Utah as an unranked team, the Gators brought the intensity. Clinching a 29-26 victory with an interception on the goalline by Amari Burney, Florida moves all the way to #12 in the recent poll. This is the largest single-week rise in school history under the current AP Top 25 format. They still have several tests to come with matchups against ranked Kentucky and Georgia looming on their schedule. However, a top-10 win to start the Billy Napier era has hopes high in Gainesville.

Michigan is a big winner after the opening weekend. Not only did they defeat Colorado State, but they did so in dominating fashion. The most notable part for Michigan is jumping Clemson into the top 4 into what could be a College Football Playoff spot. There are still questions in Ann Arbor as the starting QB job is up for grabs. Cade McNamara started Saturday and J.J. McCarthy will start this Saturday’s upcoming game against Hawai’i. Coach Jim Harbaugh is expected to make the decision before their third contest against UConn.

The reigning National Champions wasted no time returning to last year’s form. The Bulldogs rolled through Oregon with no issue, winning 49-3. Stetson Bennett was near flawless throwing for over 350 yards and two touchdowns. The defense was no issue either, as they forced multiple turnovers and kept the Ducks out of the endzone. This marks back-to-back season openers that the Bulldogs have held their opponent to 3 points, and we know how last year ended. Georgia moves to #2 in the most recent poll.

NC State came into the week ranked inside the top 15 with eyes on a subpar East Carolina team. Despite building a 21-7 lead, NC State found themselves battling down the stretch. That included watching an ECU field goal soar wide right in the final seconds. Even though they clenched on to victory, the Wolfpack tumbled five spots in the rankings as they played poorly Saturday. They will need to quickly turn their play around as they face off against Texas Tech and Clemson in the coming weeks.

Potentially the biggest loser of the week, Dan Lanning’s Ducks were manhandled by Georgia and fell out of the ranking as a result. Coming into the week at #11, the Ducks were looking to make noise in the Pac 12 where likely only one team will have a shot at the CFP. How does Oregon bounce back? Bo Nix needs to feel comfortable in the backfield, which he struggled with at Auburn. While Georgia made some impressive plays to force Nix and the Ducks into some key mistakes, Oregon will need to do a better job helping Nix protect the ball.