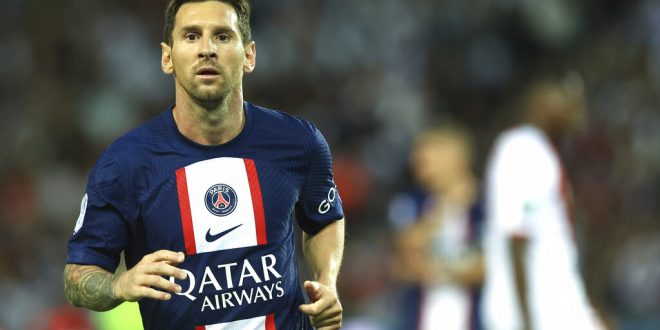 As Champions League matches get underway, every team in every group will be looking to make some noise. There are plenty of groups to watch out for in this year’s Champions League, but Group H may be one of the best groups out there this season. Group H features a pair of heavy-hitting squads in Paris Saint-German and Juventus. While the former two clubs hope to cruise through the group stage, the other two Group H teams, Benfica and Maccabi Haifa will aim to stop them dead in their tracks. This group will certainly be one to keep an eye on in the coming months.

While most soccer fans see Benfica as an underdog in Group H, they have had a stellar 2022-23 campaign so far. Since new manager Roger Schmidt took over the club last July, they have blossomed into a fantastic team. Benfica has yet to lose a match since Schmidt’s hiring, going 9-0 over the six weeks.

Benfica did suffer a major setback with the departure of Darwin Núñez last June. Núñez, who joined Liverpool during the transfer window, led Benfica in goals scored last season. Nevertheless, the club still has plenty of talent on its roster. With a barrage of young players and multiple quality signings joining the roster, Benfica has plenty to look forward to this upcoming season.

Benfica got off to a good start last Tuesday, as they defeated Maccabi Haifa 2-0 in their opening match. They will hope to keep this momentum going in the coming weeks. Benfica’s next match will come against Juventus this Wednesday at 3 PM EST.

Juventus had a transfer window full of highs and lows this past summer. One year after the departure of Cristiano Ronaldo, former Juventus captain Giorgio Chiellini left the club to join Los Angeles FC in the MLS. Rather than letting these losses weigh them down, Juventus responded with several impressive moves in the ensuing weeks.

The club signed superstars Paul Pogba and Ángel Di María this past July. Di María will join the club after six seasons with PSG. Pogba, who previously played for Juventus from 2012 to 2016, rejoins his old squad following a six-year tenure with Manchester United. Pogba mainly plays midfielder, while Di María primarily operates as a winger.

One month after the additions of Pogba and Di María, Juventus acquired Filip Kostić in a transfer from Eintracht Frankfurt. Kostić was named Player of the Season for the 2021-22 UEFA Europa League. He splits his time on the field between playing as a winger or left midfielder.

Juventus faced an early test in group play with a matchup against heavy hitter PSG last Tuesday. PSG came out on top 2-1, dropping Juventus to 0-1 to kick off group play. They will look to bounce back against Benfica in their Wednesday afternoon matchup later this week.

As they prepare to make their first Champions League appearance in 13 years, Maccabi Haifa has a tough few weeks ahead of them. According to DraftKings.com, their odds of winning Group H currently sit at +15000. For context, the second-biggest underdog in the group (Benfica) has +1100 odds to win the group.

It will likely take a miracle for Maccabi to make it out of the group stage alive. Despite the odds being against them, they still hope to at least keep their momentum following a strong August. Prior to UCL play, Maccabi won four of their last five matches. Their last loss came against Apollon during the Champions League qualifying rounds.

Maccabi’s first Champions League match since the 2009-10 season did not exactly go according to plan. Following their 2-0 loss to Benfica last week, they face an ever tougher opponent in their next match: PSG. The two clubs will face off this Wednesday at 3 PM.

Group H features plenty of talent across the board, but no squad features as much star power as PSG. The squad was considered a favorite to win last year’s Champions League. However, that dream quickly came to an end following a 3-1 loss to Real Madrid in the second leg of their Round of 16 matches. This time around, they will be coming back with a vengeance, hoping to make up for last year’s disappointing finish.

Two of the best players in soccer will suit up for PSG this season: Neymar Júnior and Lionel Messi. Neymar, who has been with the club since 2017, led the club to their first ever Champions League Final in 2020. Messi, widely considered to be one of the greatest soccer players of all time, joined the team in 2021. He went on to win the 2021 Ballon d’Or.

HERE IS THE WINNER!

During the 2022 transfer window, PSG added on to their squad by signing Nuno Mendes and Vítor “Vitinha” Ferreira to a pair of long-term deals. Mendes played for PSG on a loan from Sporting CP last year; he officially joined the club full-time with a four-year deal last May. Vitinha signed a five-year deal with PSG following a three-year tenure with FC Porto.

PSG opened up group play with their victory against Juventus last week. They hope to establish themselves as the team to beat in Group H and get off to a 2-0 start following their match with Maccabi Haifa this Wednesday.

Jack Meyer is a second-year student at the University of Florida. He is majoring in Journalism and specializing in Sports and Media.
@jackmeyerespn
Previous Bucs Cruise Past Cowboys In Season Opener
Next Champions League Group D Preview 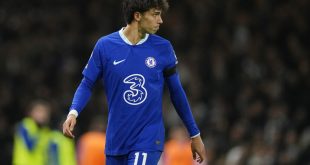