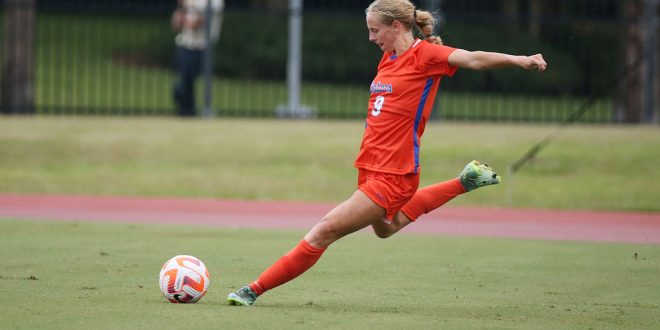 Gators soccer will host their first SEC game of the season on Friday, Sept. 16 against the reigning SEC champions Tennessee Volunteers.

Since 1996, the Gators (2-5) and the Volunteers (4-2-1) have faced off 34 times. Florida does hold the series advantage with an 18-13-3 record. However, Tennessee has not walked away with a loss against the Gators since 2017. The last time these teams took the field was in the SEC Quarterfinals where the Volunteers won 5-2 and then progressed to winning it all in the SEC championship.

At Sunday’s match against East Carolina, Florida held off the Pirates from scoring in the first half. In the second 45 minutes, junior Delaney Tauzel scored a penalty kick for the Gators to put them on the board, but the Pirates came back and won, 2-1. That game was Florida’s last nonconference game to be able to prepare for the start of conference play.

Starting on Friday, Gators Soccer will need to prepare for high-intensity games because after Tennessee they will play Mississippi.

“We start off with a bang with two highly ranked teams Tennessee and Ole Miss, but at the end of the day, it is about us,” head coach Samantha Bohon said.

Their goalkeeper Alexa Goldberg saved 25 shots and has a 0.610 save percentage.

The Volunteers have taken 149 shots throughout the beginning of their 2022 campaign, while Florida took 96. Amongst the rest of the SEC, Tennesee ranks No. 1 in points, goals per game and assists per game.

Jaida Thomas leads her team with eight goals scored and 17 points. Taylor Huff is another team leader for the Volunteers with four assists, 20 shots and 13 shots on goal.

As for their goalkeepers, Ally Zazzarra racked up 12 saves over lead starter Lindsey Romig who has eight. 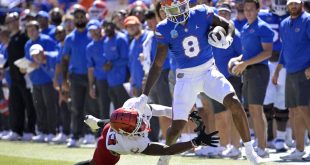 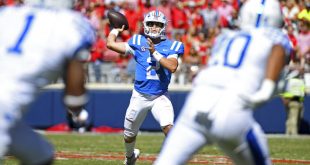 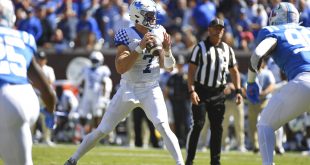 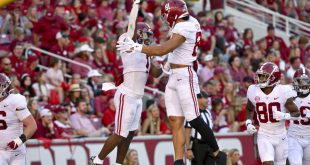