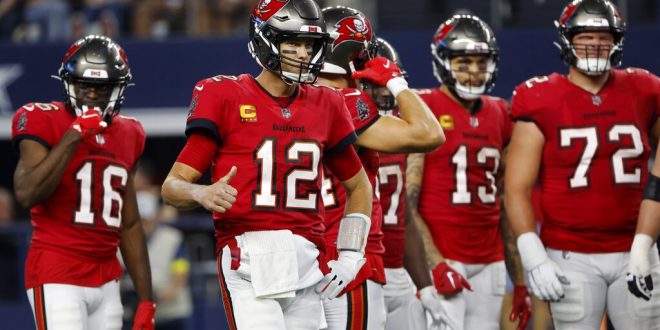 Tampa Bay Buccaneers quarterback Tom Brady (12) signals to the sideline as he stands by the offense on the field in the second half of a NFL football game in Arlington, Texas, Sunday, Sept. 11, 2022. (AP Photo/Michael Ainsworth)

The 2022-23 season continues this week with the Tampa Bay Buccaneers visiting the New Orleans Saints in a division rivalry matchup. In week one, the Saints visited Atlanta to play the Falcons. Atlanta had a lead as large as 16 points, but the Saints used a second half comeback to pull out a 27-26 victory. In Dallas, the Tampa Bay Buccaneers took on the Cowboys. Brady’s bunch took care of business, leaving the Lone Star State with a 19-3 victory. The Cowboys were the only team to not score a touchdown in week one.

Saints Quarterback Jameis Winston struggled early but led a fourth quarter comeback. In the fourth, Winston completed 13/16 passes for 212 yards and threw both of his touchdowns in the quarter. He finished the game with 269 total passing yards.

Despite defeating Dallas by an impressive margin, Tampa Bay struggled to find the endzone. Their one touchdown came from a five-yard one handed completion to Mike Evans. The Buccaneers did an impressive job getting down the field, totaling 347 yards from scrimmage.

Brady threw for 212 yards with a touchdown and an interception. Tampa Bay running back Leonard Fournette ran for 127 yards on 21 touches, and Evans led receivers with five catches for 71 yards. The story of this game; however, was Bucs kicker Ryan Succop. He went 4/5 on field goals and 1/1 on extra points. Two of his four field goals came from beyond 40 yards with his longest of the night being 47 yards.

If the Saints can get past the Bucs defense that only allowed three points and 244 yards, Tampa Bay will have to look to their offense to get going earlier. The Bucs are going into their second straight road game, and against a divisional rival, it will not be easy. New Orleans will look to move to 2-0 on the season and 2-0 in NFC South play. Since joining the Bucs, Tom Brady is 0-4 against the Saints in the regular season.

vs @Saints Everyone Else
W-L 0-4 25-5 pic.twitter.com/wyAFDOQdil

The teams will face off on Sunday at 1 p.m. New Orleans can prove they are legit with a win this weekend, but 45-year old Brady is out to show that he’s not done just yet. 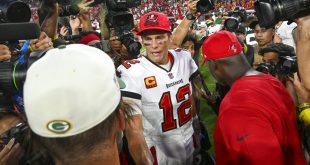