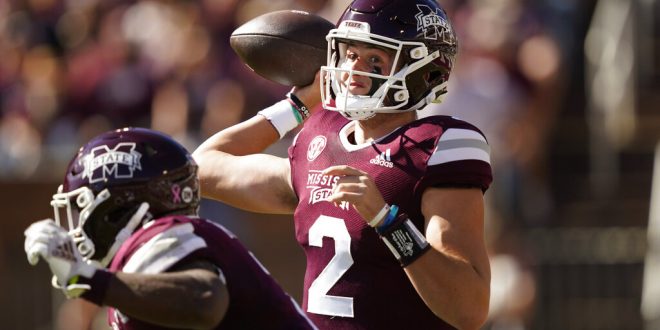 Arkansas Looks to Get Back on Track Against the Bulldogs

After two straight losses, the Arkansas Razorbacks are hungry for a win against the 23rd-ranked Bulldogs.

What Went Wrong for Arkansas?

After three strong wins to begin the season, the Razorbacks have faced very tough opponents in their previous two games. In their last game, they played against the Nick Saban-led Alabama Crimson Tide. Alabama, being ranked second in the country at the time, ran all over the Arkansas defense. The team had 317 yards on the ground against the struggling Razorbacks and scored 49 points. Two games ago, Arkansas played against Texas A&M and a similar situation occurred. The Aggies only scored 23 points, but held the Razorbacks to 21, while rushing for 192 against the Arkansas defense.

Just a week after beating Arkansas, the Texas A&M Aggies had a matchup with the Bulldogs. This time around, the Aggies lost. A huge takeaway for the Bulldogs was the stellar play of quarterback Will Rogers. He threw for an outstanding 329 yards to go along with three touchdowns against Texas A&M, and a whopping 409 yards and six touchdowns the week before against Bowling Green. If Mississippi State is going to keep winning games, they will continue to rely on the excellent effort of their quarterback.

Although Mississippi State head coach Mike Leach expressed satisfaction for his entire team, he had especially high praise for wide receiver Rara Thomas. Thomas helped lift the team to victory against the Aggies last week after pouring in five catches for 134 yards and a touchdown. When asked about how Thomas contributes to the team’s success, Leach had a few things to say.

This weekend’s game will be an exciting duel as both teams have a lot to prove. If the Razorbacks are going to pull off the upset, they’ll have to stop the run more effectively than they have in their past two games. For the Bulldogs, Will Rogers will have to keep up the amazing play to lift his team to victory. 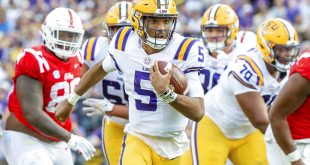 The No. 7 LSU Tigers will take on the Arkansas Razorbacks Saturday at noon. The …