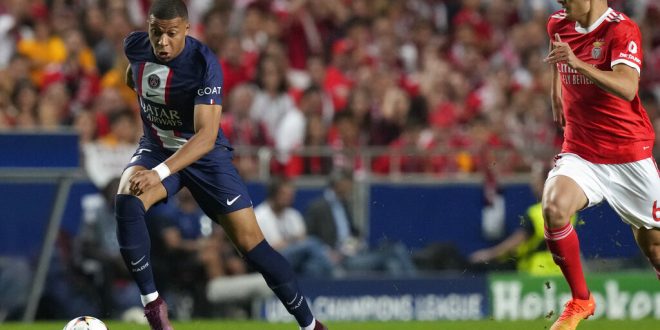 Kylian Mbappe wants out of Paris. His desire to depart from the Parisians has become public, with various news outlets reporting on the “broken” relationship between player and club.  It is well known that Mbappe and fellow PSG star Neymar don’t get along.  It has also recently been reported that a rift has formed between the Frenchman and Lionel Messi. Mbappe is reportedly unhappy with the power Messi holds in PSG’s locker room.

Furthermore, Mbappe is reportedly unhappy with the position he plays at PSG. Mbappe prefers to play in a two-man attack, with two pure strikers playing up top. This is the setup he has with the French National Team, where he plays next to strikers like Olivier Giroud or Karim Benzema. The Frenchman often plays on the wing at PSG. The French club has played a three-man attack with Messi and Neymar.

While Mbappe is signed at PSG until 2025, it is not out of the realm of possibility that he could push a transfer through. Only Europe’s most elite clubs would be able to sign the young striker. Clubs would need to have immense funds to push a transfer through, and Mbappe would have to want to play there. Few squads in Europe meet these criteria. The handful that do, will push heavily to get Mbappe signed in the next two windows.

Madrid figure to be the favorite to sign Mbappe. Real Madrid is Mbappe’s boyhood club, as the young Frenchman grew up idolizing Cristiano Ronaldo. Madrid have the funds and prowess to secure a signing like Mbappe.

Los Blancos were engaged in a bidding war with PSG for Mbappe over the summer while he was a free agent. Ultimately Mbappe chose to spurn Madrid for PSG, as the Parisians offered him a huge contract and input on transfers and their managerial search.

The key word there is “spurn”. Mbappe really did leave Madrid high and dry over the summer. The Frenchman has been criticized for using the Spanish club as a springboard to raise his contract value.

Madrid certainly doesn’t need Mbappe. Los Blancos won both La Liga and the Champions League last season without him. Furthermore, why would a club that successful want to bring in a star that is displaying such clear attitude problems when they don’t need him? Madrid are the favorites to sign Mbappe but don’t be surprised when the Frenchman doesn’t sign in Spain.

Chelsea is a rich club looking to make a splash. New owner Todd Boehly spent £255.3m over the summer, signing new stars like Raheem Sterling and Kalidou Koulibaly. High aspirations have arisen from this signing, as well as having won the Champions League just two seasons ago.

A position lacking long-term clarity with the London club is striker. New signing Pierre-Emerick Aubameyang has looked impressive so far, having scored 3 goals in 5 matches. But Aubameyang is already 33 and has bounced around clubs in recent years. Young strikers Kai Havertz and Armando Broja have struggled for form this season. The club lacks clarity on the trio’s viability as long-term solutions

This begs the question: why not Chelsea? Chelsea have the funds to afford Mbappe’s enormous transfer fee and pay him whatever he wants. Manager Graham Potter often employs a 3-4-1-2 formation, allowing for two strikers. This fits Mbappe’s positional desire.

In the Premier League Mbappe would also have more direct competition with Manchester City striker Erling Haaland. Soccer fans consider Haaland and Mbappe the two greatest players of their generation. The two playing in the same league would be like when Messi and Ronaldo were both in La Liga in the 2010s. Mbappe has won almost everything available to him, but having the chance to prove himself as the best player of his generation would be tantalizing.

So why not Chelsea?

In the same vein, why not Liverpool? Mbappe has been linked to the Merseyside club in the past, as the Frenchman held talks with the English club over the summer before committing himself to PSG. Liverpool Manager Jurgen Klopp is an admirer of the striker and would readily fit him into the squad.

Liverpool could be in need of another attacker. The Merseyside club has recently sold aging star Sadio Mane to Bayern Munich, and other stars Roberto Firmino and Mohamed Salah aren’t getting any younger. Diogo Jota has been consistently injured, and the newly signed Darwin Nuñez has struggled to make an impact thus far. This is a team in need of another attacker, and Mbappe could readily join the squad.

Under the Fenway Group, Liverpool has spent £1bn over the last ten years. The club clearly has the funds to land Mbappe. The Frenchman is interested in joining Liverpool, and it would make sense for the Merseyside club should make a push to sign him.

This is a dream scenario for soccer fans. A popular transfer idea has been to send Mbappe to Manchester United, with Cristiano Ronaldo going the opposite way to Paris. Aging stars Ronaldo and Messi could spend their twilight years together, capping off one of the most prolific eras in soccer history. And new young stars Mbappe and Haaland could reignite the Manchester Derby rivalry with the undertone of the two players competing for Balon D’Or trophies.

If only this were likely to happen. While Manchester United has more than enough funding, the sour state of the club lately means that Mbappe is unlikely to play in Manchester. Unless the Frenchman is feeling nostalgic, don’t expect him to sign with United.

Mbappe could opt to play in arguably the most competitive league in the world at the moment, bringing Juventus back to the forefront of soccer supremacy. He would be following his idol Ronaldo, who joined the Turin club after his time with Real Madrid. Juventus do usually play in a 4-4-2, meaning Mbappe would have his preferred positional formation. He would join potent Serbian striker Dusan Vlahović up top and would be flanked by a strong midfield.

Mbappe is unlikely to sign with the Bianconeri despite these perks. While Juventus is a rich club, they would be unlikely to pay such an exorbitant fee for a single player.

Furthermore, controversy arose recently regarding manager Max Allegri. Many Juve fans have been unhappy with their manager, as the club have produced poor results and players are reportedly unhappy under the Italian manager. It doesn’t make sense for either party to throw more fuel onto the fire, so Mbappe is unlikely to join the club.

Connor O'Bryan is a world soccer reporter for ESPN Gainesville. He also sometimes covers baseball and other sports. He has previously written for WUFT Gainesville and for Atrium Magazine. Connor also cohosts the "Off The Bar Podcast", a student driven podcast that focuses on the global soccer landscape.
@ConnorOBryan3
Previous Santa Fe Unable to Break Losing Streak, Dropping a 10th Straight Game
Next Orlando City beat Columbus; set up playoff matchup with CF Montréal 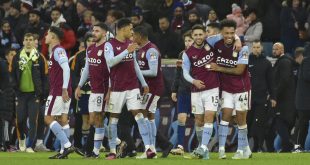 The past few seasons have seen a wave of young, exciting talent move from Major …