If someone cannot catch up to her on the track, they can for sure catch her sipping a vanilla latte at Pascal’s Coffee House or working at Southwest Recreation on the University of Florida campus.

“Her” is Imogen Barrett, a decorated senior track athlete for the Gators. Originally from Brisbane, Australia, Barrett has made Gainesville her home for her collegiate years.

The smile of someone that just ran the third-fastest 800 meters in Florida history.

Barrett started running in her teens because she found the sport to be a positive outlet for her mental health.

“It was like something that I could control in my life, you know. What I put in is what I got out and there wasn’t a lot of other things I could control at that time,” Barrett said.

The idea of running collegiately in the United States was something Barrett was unfamiliar with at first. She said that it is not usually a realistic dream for runners in Australia to pursue running in the NCAA.  After fast race times, American schools contacted her regarding her potential. That is when she realized going across the world to pursue running could be a reality.

“It kind of just came to me and then I realized I could have this opportunity if I want it,” Barrett said. “That’s when I kind of like put my head down and was like, all right, I’m getting to the west. I remember […] from the six months when I graduated high school to when I came over here, I was like, all I need to do is get to America.”

Barrett’s work ethic did not stop there. She currently works for UF RecSports on campus, juggling her training and practice schedule around her academic life and involvement as a reporter for ESPN Gainesville. Barrett is used to a hectic schedule, though. In high school, she balanced two jobs and her rigorous training schedule.

“That definitely was hard,” Barrett said. “I think I definitely had a bit of burnout before coming to college, which was honestly, now thinking about it, a good thing because having that time to just rejuvenate prepared me for like college life.”

Before committing her talents to The Swamp, Barrett decided she wanted to pursue collegiate track in Florida because of the warm weather and coastal location, similar to her home in Brisbane. She also considered the positive team environment and prestigious legacy of the program.

The next day, Barrett ran that exact time in an official race.

“I hadn’t even replied back yet and I was like, all right done,” Barrett said. “I still think that’s so funny.”

Barrett says her mentality serves as a motivator before races and during the off-season. She finds it comforting to think back to why she started running, and why she enjoys it so much.

“What you put in is what you get out. And I’ve always just loved the idea of that because it is the one thing I can control in my life,” Barrett said. “I can’t control anything else how I can control track. Obviously, there are a ton of uncontrollables, such as injuries, but I do like that the harder you work, the better you get.”

The Gators’ women’s track and field program celebrated multiple successes this year as they won the NCAA National Championship in both indoor and outdoor track and field.

Barrett says the team culture contributed to these wins.

“You know, even when you’re having the hardest training session, you just make some jokes and muck around,” Barrett said. “But one thing that I do really like is the team really had, in my opinion, a culture shift over the last year or two. I think that that’s what largely contributed to us […] winning the national championship last year, and our last two seasons because I remember coming back last fall and just seeing the way that people trained and approached things differently.” 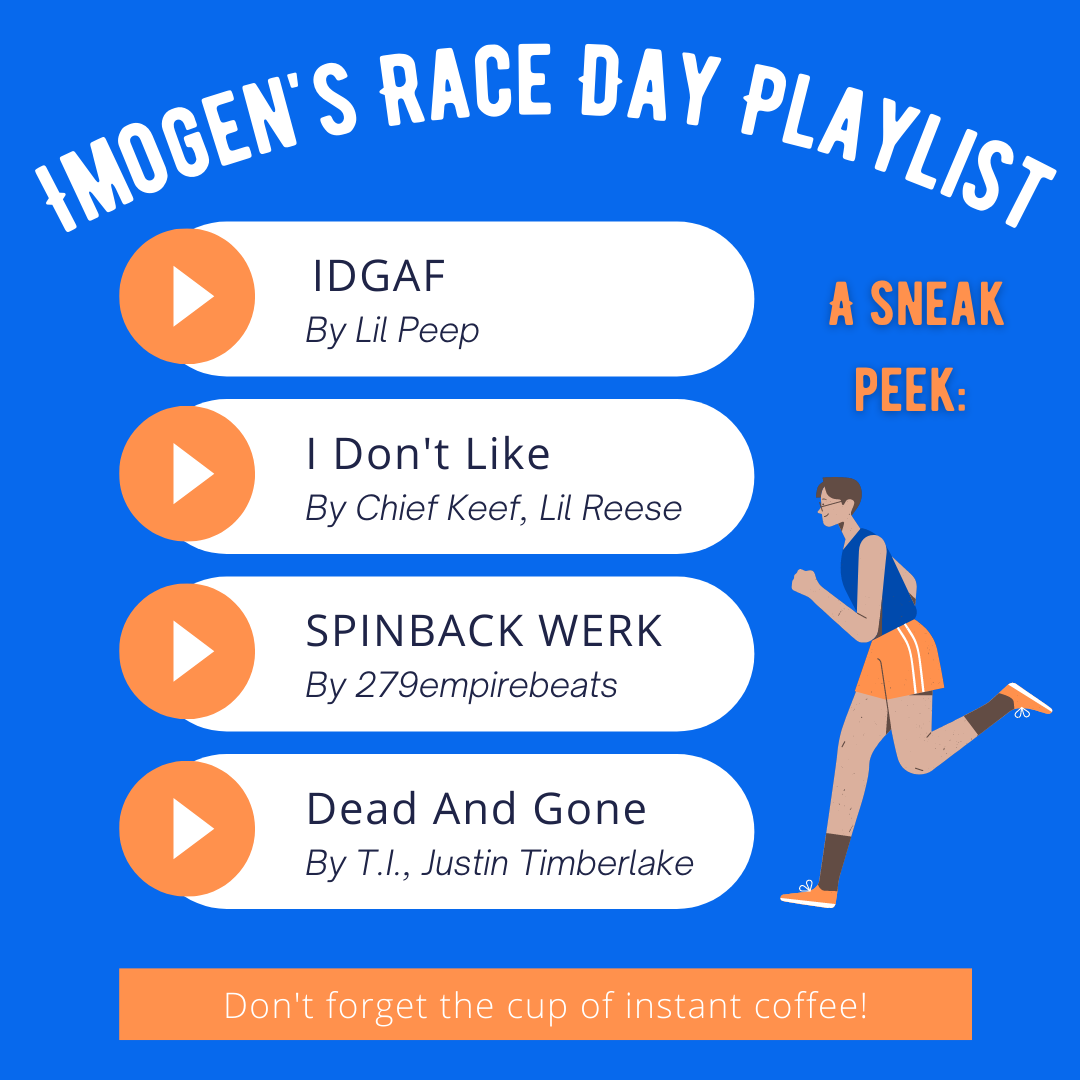 Barrett describes her pre-race routine as relaxing and energy-conserving.

“I love my morning race, pre-race coffee,” Barrett said. “And then I just sit down and really think about what I’m hoping to get out of the race. About an hour before the race, I like to get in some hardcore music and have another coffee and start to really amp myself up and really get going.”

As a result, Barrett does not travel without instant coffee or her pre-race Spotify playlist. She has continued these morning traditions through all her races in college.

Barrett says she hopes to accomplish some of her long-term goals during her senior year. She looks forward to another season with her teammates, one she hopes to make her best yet. After claiming national championship titles with her team,  she wants to win an individual one.

“This is my last year of college,” Barrett said. “So, I’m trying to win as many races as I can. I want that national title this year. More than anything I refuse to leave college without one.”