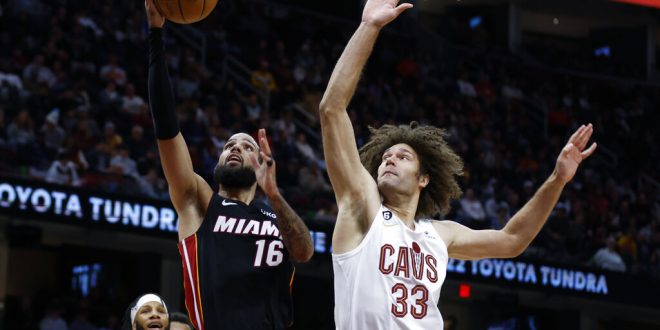 The Miami Heat suffered their third straight loss Sunday night, falling to the Cleveland Cavaliers 113-87. The loss dropped their record to 7-10 overall, and they currently sit in 11th place in the Eastern Conference.

On Friday, Miami traveled to Washington to take on the Wizards. The team was without nine players, including their best asset, Jimmy Butler. Butler has had an impressive start to the season, averaging 20.9 points, 6.6 rebounds, 6.1 assists and 1.8 steals per game.

Miami was also without Tyler Herro, Bam Adebayo, Duncan Robinson, Dewayne Dedmon and Gabe Vincent. This left the bench with only seven active players in the rotation. Considering the limited players and strong performance, fans were not too disappointed with Friday’s outcome.

Kyle Lowry lead the Heat offensively and recorded a triple-double. He scored 24 points with 10 rebounds and 15 assists in 51 minutes of game play. Despite Lowry’s effort, Miami forced the game into overtime but suffered a one-point loss 107-106.

Miami was handed its sixth straight road loss Sunday night against Cleveland. Despite the return of Bam Adebayo to the court, the Heat struggled against the Cavs, dropping the matchup 113-87.

Lowry went just 2-10 from the floor and was 1-7 on three-pointers with five turnovers. As a team, Miami shot 2-15 from the three-point range in the first half and made just a total of six three’s.

Although the Heat trailed by one point at the end of the first quarter, things quickly changed after the Cavaliers opened the second quarter on a 23-5 run. After Cleveland outscored Miami 31-15 in the second quarter, the Heat weren’t able to complete a comeback. In the second half, Miami was down by double digits and Cleveland was able to increase their lead by as much as 32 points.

Miami concludes their road trip Monday night against the Minnesota Timberwolves. If the team fails to come out with a victory, this will be the first time since March 2008 go 0-4 on a road trip. After tonight’s match-up against Minnesota, the squad will be returning home to host the Wizards Wednesday and Friday.

Vincent, Herro and Duncan Robinson are questionable to play in Minnesota while Butler will not play.

Talia Baia is a sophomore at the University of Florida studying journalism with a concentration in sports and media.
@talia_baia
Previous Gator Volleyball Drops Home Finale Against Kentucky
Next World Cup Group B Preview 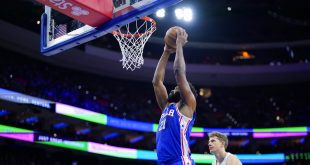