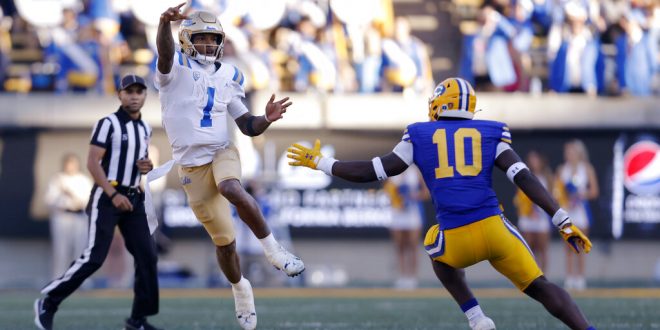 Week 13 in college football was the week of rivalries. Several of the games played determined who is heading into their conference championship game.

Despite a good fight, the Cal Golden Bears fell short against the UCLA Bruins. The score of the game ended 35-28, with an exciting second half of the game. The Bruins took advanatge of their extra possension in the fourth quarter, turing it into a field goal, putting them at a six point lead over the Bears. UCLA has currently won this rilvary game since 202o and has beat Cal 57 times out of the 93 times they have played each other.

NC State outscored UNC in double overtime after UNC missed its field goal. UNC and NC State both scored field goals in OT, tying them at 27-27, causing the double overtime. NC State went for another field goal, securing it with the score of 30-27. When UNC was given the ball, it also went for the field goal but the ball veered left, making NC State the winner of the game. The final score was 30-27.

The Kansas Jayhawks lost to the Kansas State Wildcats 47-27.

In the first quater, the Wildcats already had a score of 23 with the Jayhawks sitting with only one touchdown. Throughout the game, the Wildcats extented their lead against the Jayhawks. Kansas struggled to keep up as it did not score a single touchdown in the third quarter.