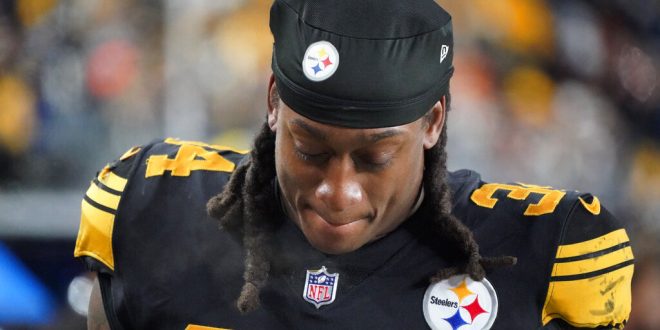 Pittsburgh Steelers safety Terrell Edmunds walks on the sideline late in the second half of an NFL football game against the Cincinnati Bengals in Pittsburgh, Sunday, Nov. 20, 2022. (AP Photo/Gene J. Puskar)

The Indianapolis Colts Monday night game against the Pittsburgh Steelers at Lucas Oil Stadium brings the long holiday weekend to a close.

The last AFC game of Week 12 will be played on Monday Night Football between Matt Ryan and the Indianapolis Colts, versus Kenny Pickett and the Pittsburgh Steelers. DeForest Buckner and Yannick Ngakoue, two defensive ends, are both unclear for Indianapolis. While running back, Jaylen Warren is not participating for Pittsburgh. There have been ups and downs but primarily downs for the Steelers (3-7) and Colts (4-6-1) this season. Pittsburgh is in fourth place in the AFC North, while Indianapolis is in second place in the AFC South.

In Indianapolis, the previous few weeks have been busy. Starting quarterback Matt Ryan was benched in favor of Sam Ehlinger, and head coach Frank Reich was dismissed. Then, Jeff Saturday was brought in as an interim coach, and Ryan was reinstated as the starter. These changes have created significant progress. In recent games, the Raiders were defeated, and the Eagles were beaten at home by a single point. Overall, the Colts have performed strong defense and error-free offense in both games.

We have elevated TE Nikola Kalinic and LB Forrest Rhyne to the active roster from the practice squad.

Week-to-week, Pittsburgh’s offense has not been reliable. Mike Tomlin’s team is 28th in scoring and 27th in total offense despite recording a season-high 30 points against the Bengals in Week 11. The only 2022 draft class first-year player who has been a consistent starter is rookie quarterback Kenny Pickett, who has made six career-starts but has yet to score two touchdown passes in a game.

Currently, the Steelers and the Colts are battling for pride, but they are also looking to maintain what little playoff optimism they still have. A loss for either team would end their chance of making the postseason. Also, since 2008 Indianapolis has failed to defeat Pittsburgh.

Where to watch the game

Cristina Santiago is a senior at the University of Florida studying journalism with a concentration in sports and media.
@https://twitter.com/CristinaEspinet
Previous The Vegas Golden Knights Continuously Rank First for the NHL
Next Around College Football: SEC, Pac-12, ACC & Big 12