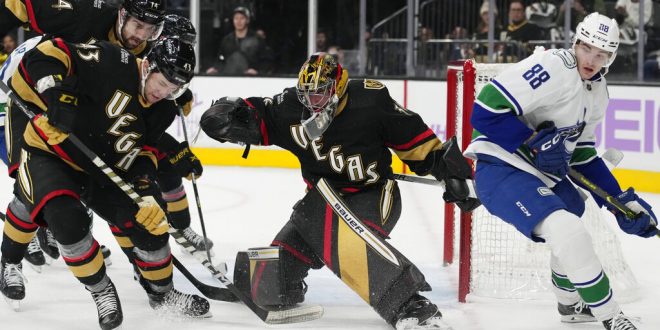 The Vegas Golden Knights Continuously Rank First for the NHL

The Vegas Golden Knights have brought an abundance of momentum and energy into this young ‘22-23 season. While ranking among the league’s best, the Golden Knights are leading the NHL in records with nine straight wins.

Golden Knights Climb to the Top

Not making the postseason in 2021-2022 for the first time in several years was a change of pace for the franchise. The team came into training camp with countless injuries. Jack Eichel, Mark Stone, Alec Martinez and Reilly Smith are all healthy again.

Eichel is having the best season of his career to this point, with 26 points so far. The former Collegiate Hockey Player of the Year has made significant strides.

Logan Thompson, the rookie goalkeeper for the Golden Knights, is cementing himself among the league’s best young goalkeepers. Thompson was supposed to be Robin Lehner’s backup before his injury; he is 7-2-0 with a .938 save percentage and 2.12 goals-against average among NHL leaders. Last season, he played nineteen games, starting seventeen, and continues to contribute to his success this season.

New coach Bruce Cassidy deserves credit for what seems to be a complete culture change. The 2019-2020 NHL Coach of the Year signed with Vegas after coaching the Boston Bruins for six seasons.

So far, only three active roster members for Vegas have not scored so far. With a driving offensive line and solid defense, all players work together to make the team what it is.

The sequence of Eichel, Smith, Marchessault and Karlsson have been a force to be reckoned with so far.

Looking at the back, goalie Thompson is a strong competitor. Alec Martinez has impressed, with sixty-one blocked shots in fourteen games. With powerful players in every corner, the Knights’ starters form a powerful core.

Moving forward, the Knights face the Blue Jackets on Monday Nov. 28 at 7 p.m.

Tyler Carmona is a junior journalism major at the University of Florida. Originally from Miami, Tyler played football as a wide receiver at the University of St. Francis before transferring to UF.
@@TylerCarmona
Previous The Utah Jazz on the Rise to the Top
Next Steelers v. Colts, Monday Night Preview 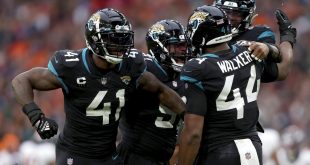