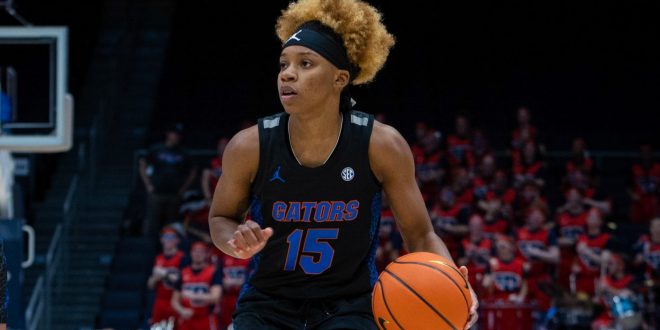 The Florida Gators women’s basketball team traveled up north to take on a winless Dayton squad on Sunday. The Gators came out on top 69-65, picking up their sixth-straight victory thanks to a career-best performance from Florida guard Nina Rickards. Florida is now 8-1, following its first true-road win of the season.

Rickards led the Lady Gators, putting up 24 points, a career-best for the senior guard. Additionally, Rickards gained her third-career double-double with 11 rebounds, marking her first of the 2022-23 season.

Gators Go Down to the Wire

The Gators offense got into a groove early, taking an 8-2 lead in the first two minutes of the game. Florida ended the opening frame with a 21-13 lead, forcing seven turnovers in the period. Florida’s offense kept clicking in the second quarter. Rickards and Leilani Correa led the Gators through 20 minutes with 11 and 10 points. Florida finished the half with a 39-32 lead over the Flyers, shooting 15-of-28 (53.6%) from the field and forcing 11 defensive turnovers.

Florida nearly blew a 13-point lead to the Flyers, but was able to recover by scoring the final four points of the contest, securing a 69-65 win.

The Gators struggled in the second half, shooting 9-27 and trailing Dayton 51-50 at the end of the third quarter. Entering the fourth in a one-point deficit, Rickards put up the first six points of the period, bringing Florida back out in front 56-53 with 5:30 remaining.

The Gators held the lead until Dayton guard Destiny Bohanon hit a three on an assist from guard Sydney Freeman, giving the Flyers a 65-64 advantage with 1:22 on the clock. That would be the last score for the Flyers, however, as the Gators rallied to secure the victory. Florida forward Faith Dut got things going when she scored on a layup, bringing Florida back out on top. Then, Florida guard KK Deans completed two free throws. Following, Rickards sealed the deal with a free throw of her own, capping off an impressive performance for the Florida senior.

Florida will return to action on Tuesday as the Gators host Presbyterian with tip off at 6 p.m. The Gators are 8-1 on the season, while the Blue Hose enters the contest with a 3-5 record.

Ellie is a third-year sports and media journalism major at the University of Florida.
@ellie_shreve
Previous SEC Bowl Game Schedule
Next Goff, Lions shut Jaguars down 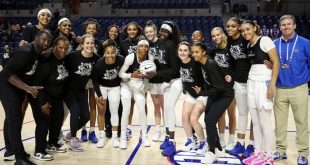