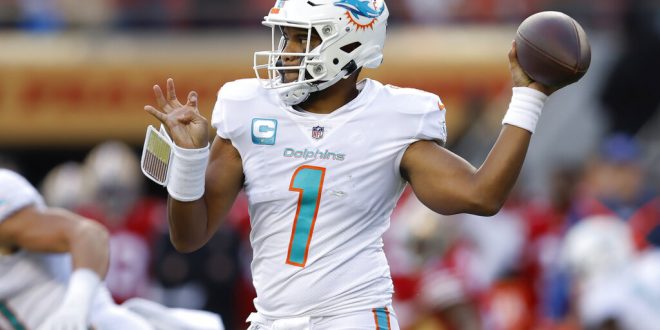 The Miami Dolphins (8-4) and Los Angeles Chargers (6-6) face off in a Sunday Night Football matchup.

Miami looks to regain momentum after having a five-game winning streak snapped against the San Francisco 49ers in Week 13.

The Chargers are looking to bounce back after losing to the Las Vegas Raiders 27-20 on Sunday. Moreover, Los Angeles is looking to sneak into playoff contention sitting two spots out of a wild card spot in the AFC.

The Dolphins are hoping to take over first place in the AFC East, sitting one game behind the Buffalo Bills.

Los Angeles looks to have key players return to the lineup. Wide receiver Mike Williams and Safety Derwin James Jr. have been sidelined with an ankle injury and quadricep injury. As it sits, the Chargers currently have 12 players on their injury report. Early in the season, Chargers quarterback Justin Herbert was sidelined with a rib injury he suffered in Week 2, and many believe the injury has hindered his performance this year.

Herbert ranks fourth in the NFL in passing yards with 3,339, throwing 20 touchdowns with seven interceptions. Wide receiver Josh Palmer has stepped into the spotlight in wake of receiver injuries, leading the team in yards with 612 and three touchdowns.

However, the Chargers defense has struggled, giving up an average of 25 points per game to opponents.

The Dolphins are thriving under first year head coach Mike McDaniel, and they’re in a position to make the playoffs for the first time since 2016.

The Dolphins have been one of the league’s best team’s over the past six weeks, going 5-1 record in their last six games. 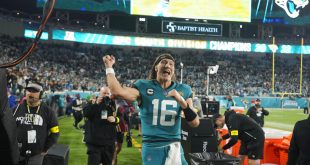 Jags Set to Host Chargers in NFL Wild-Card Round