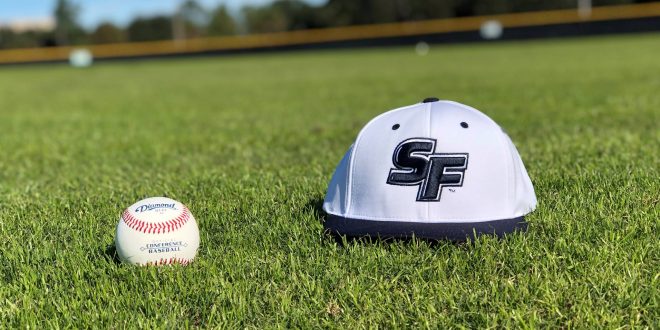 The Sante Fe Saints Baseball team looks for its first win of the season in the home opener on Friday, January 27th. Led by Coach Johnny Wiggs in his seventeenth season as head coach, the Saints try to bounce back after a disappointing 2022 season.

Looking Back on Last Season

Coach Wiggs described the 2022 season as a “down year” to Steve Russel on Sports Scene with Steve Russel. The Saints finished the season with a 15-15 record in conference play and 27-24 overall. Although finishing the season a little over .500, the Saints fell short of the state playoff for the first time since the 2014 season. Strong hitters Tyler Shelnut and Gabriel Esquivel, who both tied the school record with nineteen home runs, contributed to a strong offense for the Saints. With both hitters not returning to Sante Fe’s roster, Coach Wiggs recognizes he has some big shoes to fill. With zero everyday starters returning from last year’s roster, this season provides a blank slate with new opportunities.

Optimism for the 2023 Season

With the lack of last season’s returning starters, Coach Wiggs is relying on hungry freshmen, sophomores and transfer athletes. Although there is a possible lack on the offensive front with the loss of Shelnut and Esquivel, Coach Wiggs feels confident in his roster’s defensive skills. Coach Wiggs’ enthusiasm about his defense was prominent on WRUF’s Sports Scene with Steve Russel.

I thought this is one of our best, especially infields, that I’ve had in a long time.

The most important goal for the Saints is to find their identity as a team.