September 8, 1990, Steve Spurrier took the field as UF's head coach for the first time, and led the Florida Gators to a win against Oklahoma State. Gator Nation stood up stronger that day, and I apparently took my first steps to stand with them. Since that day, the most memorable moments were defined by sporting events with my family. I was a competitive gymnast, cheerleader, and dancer. After career ending injuries, I decided the next best thing would be to pursue sports journalism. Sports have a way of brining people together from all over the world. I enjoy learning those stories that are universal for so many people.
@KadyMarlowe

Can the Jags Scratch in One More Preseason W Against the Falcons?

September 1, 2016 Jacksonville Jaguars, NFL Comments Off on Can the Jags Scratch in One More Preseason W Against the Falcons? 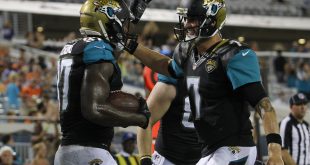 The (1-2) Jacksonville Jaguars are visiting the (2-1) Atlanta Falcons tonight in Week 4 of the preseason. This marks the end of the preseason, and one last chance for some players on the roster to earn their spot. The Jags fought it out last week against the Bengals, (26-21) but …

END_OF_DOCUMENT_TOKEN_TO_BE_REPLACED

Falcons Prove They are Alive with a Win Against the Jags

December 21, 2015 Jacksonville Jaguars, NFL Comments Off on Falcons Prove They are Alive with a Win Against the Jags 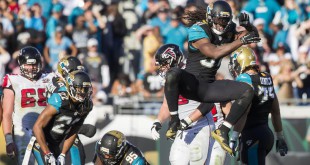 Jacksonville (5-9) had all the momentum Sunday, but fumbles and interceptions proved too costly to earn the win against a struggling Falcons (7-7) team. The 23-13 Jacksonville loss snapped the Falcons six game losing streak Sunday at Everbank Field. The struggling Atlanta team looked like another “W” for the Jags who needed to …

END_OF_DOCUMENT_TOKEN_TO_BE_REPLACED

CFB Preview: Georgia Southern Goes Between the Hedges for an In-State Football Match Up

November 19, 2015 College Football, SEC Comments Off on CFB Preview: Georgia Southern Goes Between the Hedges for an In-State Football Match Up 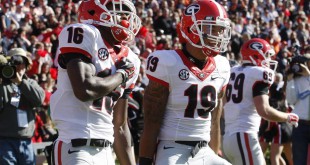 This Saturday night, Georgia returns to Athens for a match up under the lights against in state rival Georgia Southern. It will be a special night as the Seniors will be honored before the game and play between the hedges one more time. Georgia has ended their Southeastern conference play …

END_OF_DOCUMENT_TOKEN_TO_BE_REPLACED

Halfway in FB Season, Auburn, Arkansas have everything to prove

October 23, 2015 College Football Comments Off on Halfway in FB Season, Auburn, Arkansas have everything to prove

The college football season has met its halfway mark and two SEC West rivals are going helmet to helmet this Saturday as the Arkansas Razorbacks (2-4) welcome the Auburn Tigers (4-2) to Fayetteville. The Tigers might have some momentum with their two game winning streak, but the Hogs have had …

END_OF_DOCUMENT_TOKEN_TO_BE_REPLACED

The 13th ranked Ole Miss Rebels (5-1) travel to Liberty Bowl Memorial Stadium to take on an undefeated Memphis (5-0) football team Saturday. Mississippi quarterback Chad Kelly is entering this game with confidence as he just went for 24 for 33 for a career high of 384 yards, with three touchdowns …