Former Florida Gators second baseman Josh Adams has been dreaming of being a major league baseball player his entire life.

“Growing up, playing and watching baseball, it’s always been a dream, and now a reality,” said Adams.

Adams was a the starting second baseman for the Gators all four years of his college career, ending his tenure as one of the most decorated Gators players of all time. Adams was the fifth Gator in school history to achieve All-SEC status in three different seasons, and is a career leader for the Gators in double plays turned, at bats and sacrifice bunts.

Adams was drafted after his senior year at UF with the 403rd selection of the 13th round of the MLB draft by the Florida Marlins. Currently the infielder is playing for the Marlins’ Single A affiliate the Jupiter Hammerheads. With the Hammerheads, Adams has been moved between third and first base, a change from his primary position at UF.

Adams attributes a lot of his success to having been a Florida Gator.

“It molded me into the player I am today, it was a great family atmosphere,” said Adams.

Adams still keeps tabs on many of his former Gator teammates and enjoys watching them achieve their goals of making the big leagues.

“Being able to watch some of my buddies like Mike [Zunino] and Brian [Johnson] and some others get drafted, was great, knowing I had a little bit to do with that,” said Adams.

Currently the Hammerheads are in a bit of a slump, with a record below .500, but Adams is working hard to help his team and improve on his skills.

While Adams waits on the call to the majors, he is enjoying his time off the field, and plans to get married within the next year or two. This former Gator has big goals for the future, but will always remember the place that helped him get there. 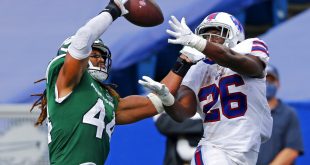