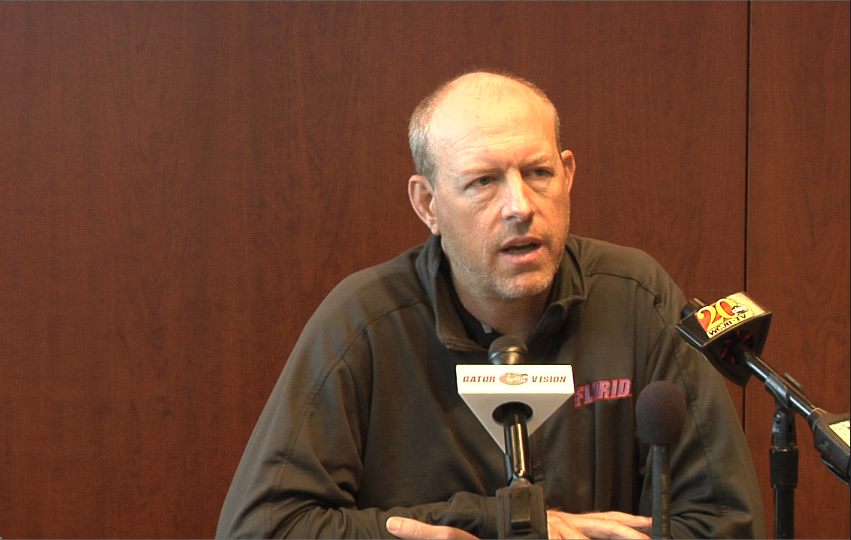 The Gators (4-3, 3-2 SEC), who are currently suffering a 2-game losing streak and have lost several starters to season-ending injuries, will try to right the ship Saturday as they take on archrival Georgia (4-3, 3-2 SEC) at 3:30 p.m. in Jacksonville. During his media availability, Pease mostly focused on the need for players to put the past few games in the backs of their minds.

“I think that’s one of the things, knowing that when you’re new and playing at this level, is that you’ve gotta have some anticipation,” said Pease. “You gotta have some recovery effort and you gotta be able to bounce back and continue to play fast.”

The 36-17 loss to Missouri, Florida’s most recent game, is one of those performances that the Gators will need to forget. On the offensive side of the ball, they gained a season-low 151 yards of total offense, with 59 rushing yards, 92 receiving yards and 92 passing yards.

“We’ve been in such spots, and had so many lulls, and if you look at the Missouri game, we just had way too many negative plays,” Pease said. “I think you do gotta find some confidence in what you do and have some belief and get in some rhythm of what you’re doing.”

Pease also spoke about freshman tailback Kelvin Taylor, who will try to boost the Gator offense as a starter on Saturday. Taylor ranks third on the team in net rushing yards with 172 and has scored one touchdown this season – at Missouri.

“He’s gotten past the first level and he’s become physical, he’s had great ball security,” said Pease. “I think he even is starting to see and get better at the big picture, within the pass scheme of everything also. How he practices with the tempo and the intensity and just going like he does… he plays in practice like it’s the speed of the game.”