The Gators, who started the day at 66 in the ESPN rankings, found themselves with 21 commits overall, two of them being five-star recruits; top-ranked offensive tackle Martez Ivey and second-ranked defensive end CeCe Jefferson.  Jefferson however as of early Thursday morning had not delivered a signed letter of intent but is expected to do so.

McElwain is happy with his first signing class at Florida.

The biggest, and arguably most important, signing for the Gators was Ivey. Along with Ivey, the Gators also added five other offensive linemen, and McElwain addressed filling s big need at this position.

“Early on we talked about the offensive line position. You know, our goal was to hit in that 5 to 6 range in there and I think we were pretty good there hitting those numbers,” McElwain said. “That was something we felt we needed to do. Not because of the talent that we have but because of the lack of numbers that we have. And so, that was really good and very important for us as we went out.”

Another glaring area of need going into signing day was playmakers. The Gators lacked  home run hitters at the skill positions, and did work to address that with the signings of running backs Jordan Scarlett and Jordan Cronkite. They also added athlete D’Anfernee McGriff and wide receiver Antonio Callaway.

The Gators managed to pick up Callaway without having a wide receivers coach, but McElwain addressed whether or not he thought it affected their ability to recruit the position.

“I don’t think so. We got our playmaker that we were looking for when we were able to get it down there in Florida, down in Miami. So that was really exciting, and we’ll have one (wide receivers coach) here real shortly.”

The Gators will now look to continue their momentum gained on National Signing Day as the staff prepares the team for spring practice that starts next month.

For more from Jim McElwain on National Signing Day, click below.

McElwain on not signing any quarterbacks

McElwain on being able to recruit Martez Ivey

McElwain on the state of Florida being a hotbed for recruits

McElwain on adding depth to the offensive line

McElwain on his recruiting class at UF

McElwain talks about the importance of Jordan Scarlett’s commitment 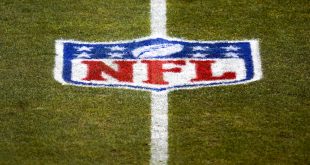 There is just over a week to go before the NFL season kicks off. Meanwhile, …