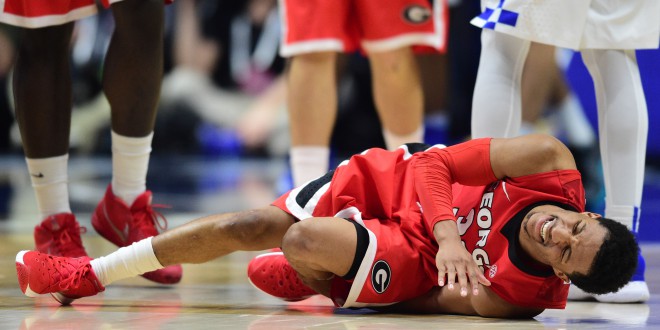 The Georgia Bulldogs accepted a bid as the No. 3 seed in the NIT on Sunday after finding out they would not be heading to the NCAA tournament. This will be the Bulldogs second appearance in the NIT in three years and the 13th in Georgia’s program history.

The Bulldogs are staying focused on the rest of their season as they host the No. 6 seed Belmont Bears in the first round of the NIT tonight at 7 p.m. at the Stegeman Coliseum.

Head Coach Mark Fox says the first game of the NIT seems to be the hardest because you have to deal with the disappointing news of not making the NCAA.

Belmont is also coming off a heartbreaking 97 to 96 loss to Austin Peay, the current champions of the Ohio Valley Conference. This will be Belmont’s 10th postseason appearance in the past 11 years and it  will definitely be a battle tonight as both teams have been competing against great teams all season.

Something to watch out for, junior guard for the Bulldogs,JJ Frazier injured his ankle playing in the SEC Tournament last weekend and has sat out of the last couple practices. Recently named Third Team All-SEC and leading Georgia in points, this would certainly be a loss and it seems that playing will be a game time decision.