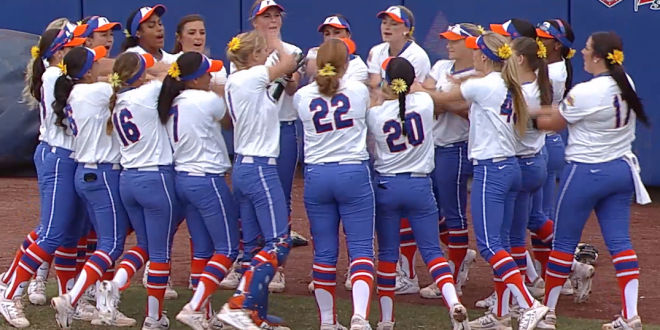 Florida plays for something bigger than softball

Everyone knows of the dominant Gator Softball program. They are back-to-back National Champions, and are still ranked number one in the country. This weekend while facing No.7 Alabama will be alumni weekend, where former Gator greats will return to the Seashole stadium. However, both of the teams will be playing for something bigger than the game of softball as they will bring awareness for pediatric cancer. The Gators and Crimson Tide will both be wearing yellow for the cause.

It's alumnae weekend!!! We're excited to have over 25 former #Gators come back to KSP Stadium this weekend! pic.twitter.com/1A7hIL7RUr

This cause means something extra for the Gators as well. Two years ago they lost someone who was very dear to their program that suffered from the disease, Heather Braswell. Heather was adopted by the team through the Friends of Jaclyn Foundation in 2009, and her mother Terri, will throw out the first pitch of their game on Saturday.

“Whenever she steps on the field it’s going to bring back some memories that could also be really good for us, and good for her. It’s hard to even talk about it. I hope we can help her get through that day.” Senior outfielder Kirsti Merrit said on the emotional aspect of these games.

Heather’s mother Terri is still a big part of the team and senior infielder Kelsey Stewart talks about how important she and Heather are still close to their heart to this day.

Another reason why this game is important is because it is a big rivalry game. Alabama was the team the Gators beat back in 2014 in a best of three sweep at the Women’s College World Series in Oklahoma City, where they won their first national championship.

Senior catcher Aubree Munro knows that whenever they face the Crimson Tide they’re going to have a great ball game. In fact, the last eight SEC regular season titles and three of four NCAA titles have either been won by Florida or ‘Bama.

“It’s a mutual respect for Alabama. We really respect their program and the way they go about things and they respect the way we go about things. It’s always a good game and class act on both sides. We want to beat them because they’re good.”

The most important part of the series is that they’re competing for a cause bigger than softball. To catch all the action you can watch the Gators play at the Katie Seashole Pressly stadium starting Friday at 6 p.m, Saturday at 3:30 p.m and Sunday at 1 p.m.

Previous MLB Season Preview: Miami Marlins
Next Panthers and Lightning Still Duking it Out for First in the Atlantic 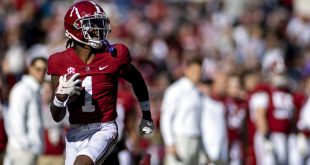 No. 21 Arkansas vs No. 2 Alabama Preview

With only two weeks remaining, the SEC West is still up for grabs. Mathematically speaking, …