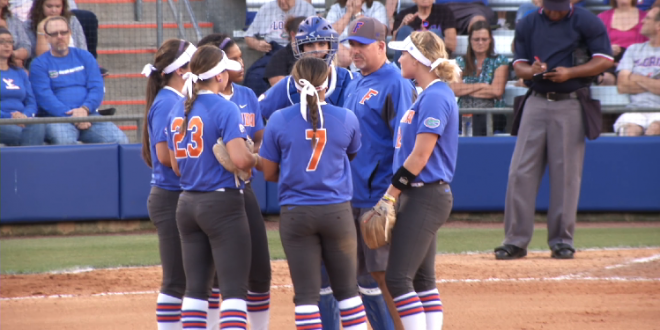 Two familiar SEC rivals face off in a best of three Super Regional series in Gainesville as the No. 15 Georgia Bulldogs (43-18)  come to play the No. 1 Florida Gators  (56-5).  Both teams come off winning home regionals and this will be their first meeting this season.

The Bulldogs could give the Gators a run for their money.  Georgia’s identity has been founded upon a dominant hitting force as the Bulldogs lead the SEC and are fourth overall in the nation with a team batting average of .352.  Among the Bulldogs, Tina Iosefa stands out as the nation’s leader in not only home runs with 23, but also a whopping total of 86 runs batted in. Florida coach Tim Walton believes the Bulldogs are a good team. In addition to the dominant hitting, the Bulldogs have three pitchers that have done well as they sport a team earned run average of 2.28.

The Gators come into this game as undoubtedly the team to beat.  Florida’s strength all year has been its pitching and defense.  Florida’s team earned run average is at 0.86, the best mark in the nation.  Aleisha Ocasio will find her way up on the circle sometime in the series, and when she does, her ERA of 0.65 is tops in the country.  Ocasio is not the only prominent pitching force in Gainesville as Delanie Gourley boasts an ERA of 0.70 good for number two in the country.  The Gators have their eyes on the prize as anything less than a trip to the Women’s College World Series is a disappointment according to Walton. With two of the nation’s best pitchers on the circle for the Gators, they will be a hard team to upset.

It’s the Bulldogs and the Gators set to square off in Gainesville.  The series will feature some of the nation’s premier pitching against the nation’s premier hitting. The Series begins tonight at 7 pm and will be decided tomorrow on who will move on to the 2016 Women’s College World Series. 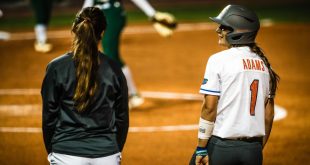