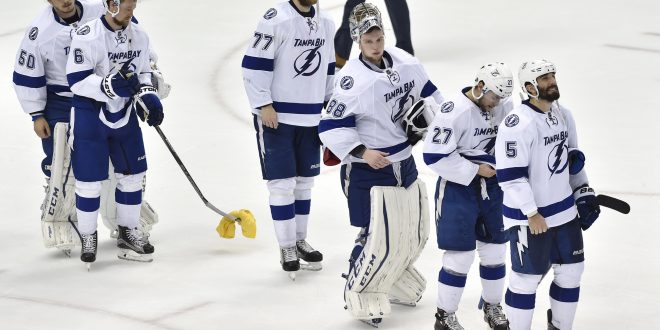 May 26, 2016; Pittsburgh, PA, USA; The Tampa Bay Lightning line up to shake hands with the Pittsburgh Penguins after game seven of the Eastern Conference Final of the 2016 Stanley Cup Playoffs at Consol Energy Center. The Penguins won 2-1. Mandatory Credit: Don Wright-USA TODAY Sports

Despite the return of captain Steven Stamkos, the Tampa Bay Lightning could not get it done versus the Pittsburgh Penguins in Game 7 of the Eastern Conference Finals. The Bolts fell 2-1 to the Pens to end their season just shy of the Stanley Cup Final. Had the Lightning won, it would have been the second year in a row they would have played in the Finals.

Congratulations to the @penguins and thank you for an incredible Eastern Conference Final. Best of luck. #PITvsTBL pic.twitter.com/HZcsC4FlhF

Stamkos made his return to the ice Thursday night after missing about two months following surgery to remove a blood clot. Despite the return of the player who led the team in goals during the regular season, the Lightning did not have enough offensive power to match the Penguins’ offensive power during the game. The Penguins outshot the Bolts 39 to 17.

That moment when *you're* going to the Stanley Cup Final… https://t.co/AECtu8mfsM

For the Lightning, now comes the off-season, and the focus shifts to whether Stamkos will re-sign with the team. Stamkos becomes an unrestricted free agent on July 1. 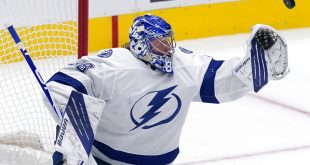