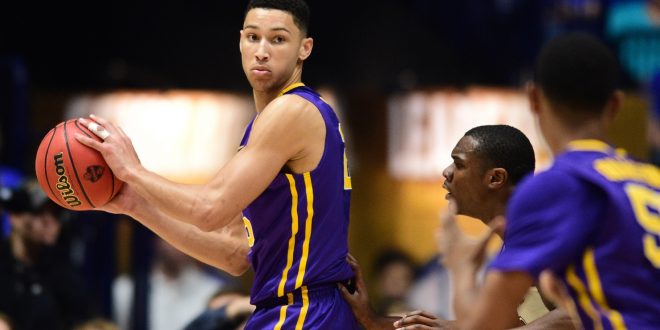 The NBA Draft will take place tonight and it is expected that former LSU star Ben Simmons will be the first player taken by the Philadelphia 76ers.   Numerous media reports say the Sixers have as much as told Simmons he would be the guy they would select tonight.

The LA Lakers have the second pick (barring any last minute trades) followed by Boston, Phoenix and Minnesota.   Orlando has the 11th pick in the first round but Miami does not have a first round selection.   Last year, Kentucky’s Karl Anthony Towns was the first pick, taken by the Minnesota Timberwolves.  Kentucky also provided the NBA with top overall picks in 2012 (Anthony Davis to New Orleans) and in 2010 (John Wall to Washington).

Florida’s only hope of getting a player drafted would be in forward Dorian Finney-Smith.   Some services have him being selected in the second round while others do not have him being drafted at all.

Boston has three picks in the first round, as does Phoenix.