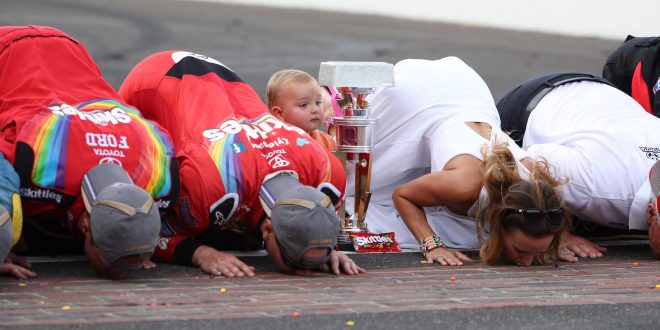 Kyle Busch won the Brickyard 400 for the second consecutive year.  This is a feat only one other racer has accomplished in this race, Jimmie Johnson in 2008 and 2009.  This helps Busch in the chase for the Sprint Cup Series giving him his first win.  He currently is third overall in the standings behind Kevin Harvick and Brad Keselowski.  Heading into the final six races of the season before the cutoff, Busch looks almost guaranteed to be selected for the second stage of the season in a field of 16.

Coming into the race, a big headline was that Jeff Gordon would replace Dale Earnhardt Jr. due to concussion symptoms.  Gordon is the all-time champion at the Brickyard 400 having won five different times, his last win was in 2014.  Gordon has every record to his name in this race except one, average start position.  He has the most wins, the most top five finishes, and the most top 10 finishes but unfortunately, he couldn’t add one more win as he finished 13th.

Though another big headline is that both Jeff Gordon and Tony Stewart are saying good bye to the Brickyard in their final race. With one final action after the race, they took a ceremonial lap together.  Stewart is a three-time Sprint Cup Series winner with his last coming in 2011.  Stewart finished 11th.

With this year’s Brickyard out of the way, it is time to set our sights on the next six races to determine who will make the final 16 for the second part of the season. It looks to be an exciting season with racers looking to claim the next 16 races in order to earn the title Sprint Cup Series champion.