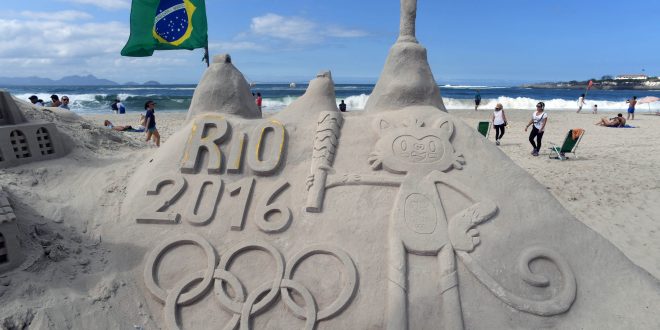 Opening Ceremony for the 2016 Olympics Kicks Off Tonight

Today is the official start date of the 2016 Olympic Games in Rio de Janeiro. 207 countries will be represented at this year’s Olympiad in 28 different sports. Sports taking the center stage this weekend are gymnastics and swimming.

The USA women’s gymnastics team are defending Olympic champions and the London 2012 team gold medalist team returns two athletes, Gabby Douglas who won Gold in the 2012, and Aly Raisman who is the team captain and gold medalist in the team and floor competitions as well as a bronze medalist on the balance beam.

Other first timers include Madison Kocian and 16-year-old Laurie Hernandez. The women’s gymnastics teams will start official competition on Sunday.

The Olympics also is filled with Gators this year. 30 Gators past and present. The Florida Gators will have athletes in golf, swimming, volleyball, and track and field representing 16 different countries.

Swimming is a sport that is Gator dominant with 15 swimmers competing. American Elizabeth Beisel, who was at UF from 2010-2014 is the team captain of the women’s team and is a two-time Olympic medalist. Beisel competes on Saturday at noon in the 400 individual medley where she won the silver medal in London in 2012. London 2012 gold medalist Conor Dwyer also looks to compete Friday in the 400 meter freestyle for team USA. South African record holder in the 400m IM Sebastien Rousseau and Melani Costa-Schmid in the 4×100 for Spain are both set to compete on Saturday as well. Other standouts that will compete in the games later on are current Gator and NCAA Champion Caeleb Dressel and 11-time Olympic medalist Ryan Lochte.

Opening rounds of women’s volleyball will kick off on Saturday and two former Gators will face off against each other with the USA vs Puerto Rico. Kelly Murphy will compete for the United States while Aury Cruz will play for Puerto Rico.

Although not competing until next week, the Florida track and field program has 12 athletes competing. Standouts who are ranked in the top 15 in the world for their events include Genevieve LaCaze for Australia in the 3000 meter steeplechase, USA two time Olympic medalist Will Claye in the triple jump, American silver medalist Tony McQuay, British long jumper Shara Proctor, defending gold medalist in the triple jump Christian Taylor, and gold and silver medalist in 4×400 and 400 meter hurdles in 2008 Kerron Clement.

The Americans Taylor and Clement are both ranked number one in the world in their respective events, the triple jump and 400 meter hurdles.

Recent UF 400 meter NCAA champion Arman Hall will be on the top ranked American 4×400 meter relay that won silver in the 2012 Olympics.

The opening ceremony kicks of at 7 p.m. tonight in Rio. The 2016 Olympic games will end on August 21. 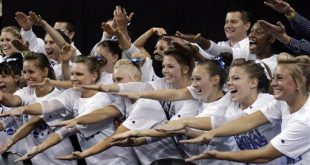 The NCAA gymnastics tournament is coming to Gainesville. In 2024, Exactech Arena at the Stephen …