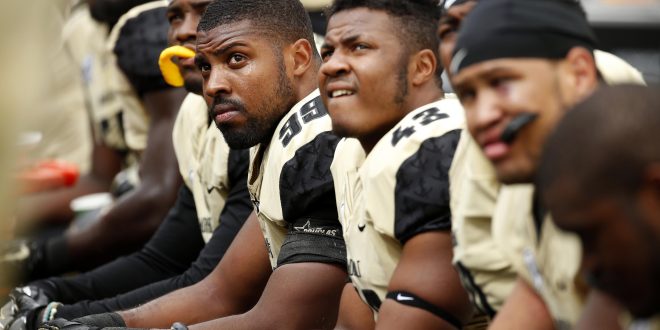 The Vanderbilt Commodores will travel to Bowling Green this weekend to take on the Western Kentucky Hilltoppers. This is the fifth meeting between the teams, but the first time the game will be played in Kentucky. Vandy does hold the lead against Western Kentucky with a 3-1 all-time record. However, that one loss came at the hands of the Hilltoppers just last season by a score of 14-12.

Vanderbilt is coming off of a disappointing loss to Georgia Tech by a score of 38-7 last week. Despite the loss, Vandy’s quarterback Kyle Shurmur ended the game with a career-best 17 passes completed and a season-high 149 yards. But the quarterback isn’t the only player on offense, and Vanderbilt’s head coach Derek Mason says his team needs to work on extending drives.

Western Kentucky University is currently riding an 11 game winning streak on their home field and are 12-1 all time at home under head coach Jeff Brohm. Saturday marks the first time Western Kentucky has hosted an SEC team in Bowling Green.

Mason says WKU has a lot of strengths that make them a tough team to face.

If Vanderbilt wins, it would be their 17th victory over a non-conference team since 2011. Kickoff is set for 4:30 p.m.

The following week on October 1st, Vandy will take on an SEC-east rival in the Florida Gators.