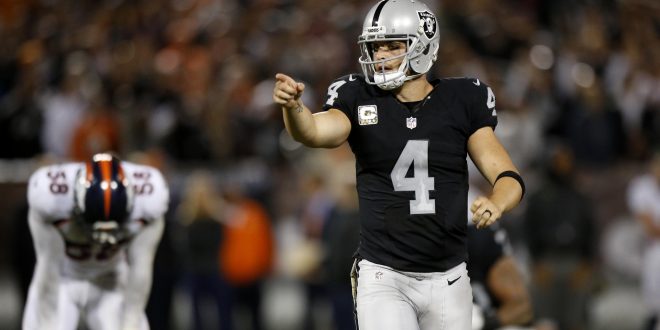 It was the Oakland Raider’s strong offense versus the Denver Bronco’s championship defense in Sunday night’s football game.

Defense wins championships, but yesterday wasn’t a championship game, and the best statistical offense in the AFC came out on top with the Raiders beating the Broncos 30-10.

The strong offense showed, as Oakland had the ball for over 41 minutes and converted 30 first downs on their way to totaling about 400 yards. A big contributor to the Raiders offense was Latavius Murray, who ran all over the Denver D for 114 yards and three touchdowns.

Raiders quarterback Derek Carr has the O-line to thank for protecting him and allowing the backs to have a good rushing attack.

Carr had a solid game with 20 completions of 31 attempts for 184 yards.

But it wasn’t just the Raider offense that showed up. Their offensive game transitioned to the defense and shut down the Broncos by forcing two turnovers. Defensive end Khalil Mack had two sacks and forced a fumble. Former Gator Reggie Nelson had an interception that he ran for seven yards.

On top of the Broncos defense being unable to stop the Raiders, their offense couldn’t make anything happen. After one quarter they trailed 6-0 on the scoreboard, and weren’t even close to the Raider’s total yards.

Nothing doing for the Broncos offense after one quarter. pic.twitter.com/YKbdj1qwNB

After starting the year on a four game winning streak, Denver no longer looks like the team they were and now, the Raiders look like the new boys running the AFC West.

Oakland (7-2) leads the AFC West and is one of the three teams in the NFL with seven wins thus far; New England and Dallas are the other two. Denver (6-3) is now in third place in the AFC West. 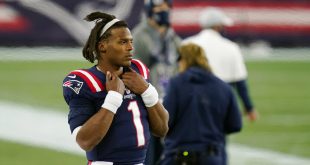 Trevor Lawrence to stay at Clemson?