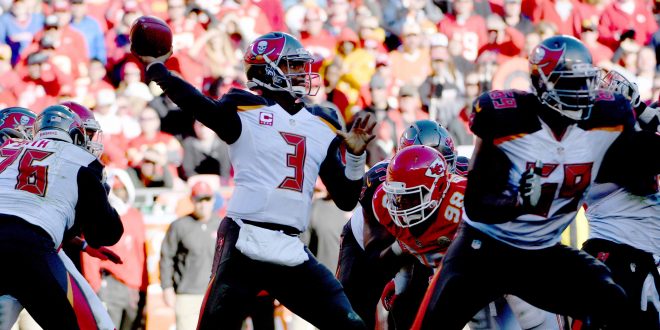 With 12:20 on the clock in the fourth quarter, safety Chris Conte made a game-saving interception to set the Bucs up for a touchdown. Jameis Winston threw a three-yard pass to tight end Alan Cross making it their first and only touchdown of the day and Cross’ first NFL touchdown. This was also Conte’s second interception in two weeks, which have contributed to putting points on the scoreboard for the Bucs.

Bucs head coach Dirk Koetter, says it was a great win for his team and he was very impressed with everyone especially quarterback Jameis Winston.  Winston threw went 24-39 for 331 yards to help with a touchdown and four field goals by Roberto Aguayo. Winston now has 20 touchdown passes this season, tying for the eighth most in a single season in team history. This win now pushes the Bucs road record to 4-1 on the season.

.@Jaboowins now has 20 TD passes this season, tied for the 8th-most in a single season in team history.

There are 6 games left to play. pic.twitter.com/9Wt4oMdbMp

The Bucs return home to take on the Seattle Seahawks Sunday.