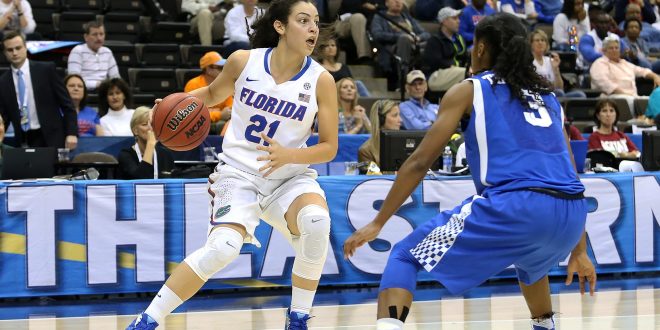 No.23 Florida Women’s Basketball Ready for In-State Showdown with No.7 FSU

Florida is very familiar with Florida State in women’s basketball. The two teams have squared off 72 times, the most the Gators have faced any school. But for the first time in their long history, they face each other as ranked teams.

No.23 Florida (6-2) is in Tallahassee to take on a tough FSU (8-1) squad that’s riding a seven-game win streak. The Seminoles only loss comes in an impressively narrow 78-76 loss to four-time champion UConn. The Gators, meanwhile, are trying to bounce back against a 69-63 collapse against No.24 Arizona State.

The Gators hold a comfortable 42-30 all-time edge over the ‘Noles, but in the 21st century, it’s been all Garnet and Gold. FSU has won nine of the last 13 games. If it’s any consolation though, an unranked Florida team stunned a No.7 FSU team in Gainesville last season. However when the Orange and Blue are in Tallahassee, they sport a 13-16 record. Paired with a 9-20 record against other ranked teams on the road when Florida itself is ranked, scoring a ‘W’ is a hefty challenge.

“It’s an opportunity to get out there and actually play for my teammates,” senior Ronni Williams said. “I don’t get too hype or too low about it, but it’s a big game.”

If Florida wants to repeat an upset, it’s up to three individuals to perform at a high level.

In all but one of UF’s eight games, one of the above three has been the team’s leading scorer.

Shoot around for tonight's game at FSU is in the books! #GoGators pic.twitter.com/d07g1ZG4sp

The Seminoles primary threat is forward Shakayla Thomas. She averages a team-leading 14.7 points per game with 6 rebounds per game, also a team-high. While they don’t have one primary scorer like UF’s Christinaki, they rely on spreading the offense. Three other players (Leticia Romero, Imani Wright and Ivey Slaughter) average double-digit points per game.

The chance at redemption is a big motivator for the Seminoles tonight.

“Considering last year we lost to them, I feel like this is a great chance for us to redeem ourselves,” Thomas said to Madison.com. “We have a great team this year with a whole bunch of depth. I’m excited.”